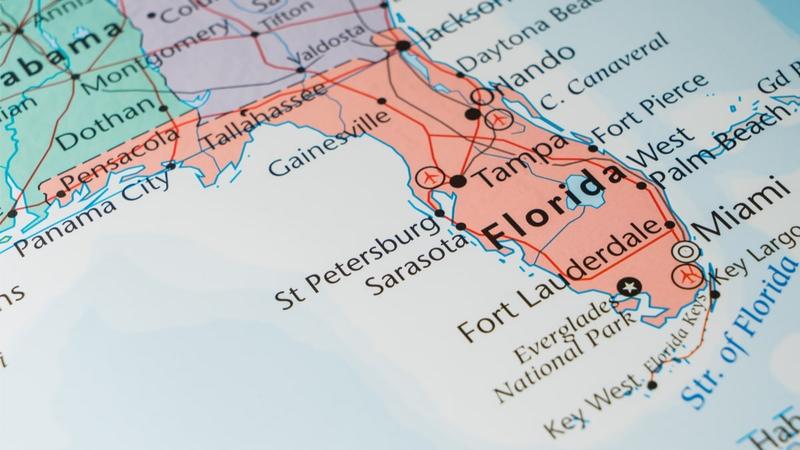 Many people have their own theories on why auto insurance rates in Florida are among the top-ten in the United States even while the state’s average cost of living ranks in the lower third in the country. The actual answer, however, is fairly simple (and has little to do with storms or reptiles). Once you know the basics and familiarize yourself with a few simple rules, you can better understand providers and policies, and find cheaper car insurance in the Sunshine State.

There’s no single reason why a product or service is more expensive in one state than another and the same is true for Florida No Fault insurance. The fluctuations are usually the result of very complex economic relationships determined by regional and size-specific factors. This is, of course, the case with Florida’s insurance rates, but there are several factors that extend beyond this relationship and push up insurance rates.

As Florida is not a partial "no-fault" state and doesn’t assign exact responsibility to drivers in accidents, it requires all policyholders to have additional PIP coverage, or Personal Injury Protection. This mandatory policy add-on covers costs – usually $10,000 or more – in medical treatment and even funeral costs for a driver. Though a relatively minor aspects of a policy, it can add hundreds of dollars to a yearly premium. In addition to covering your own costs after an accident, Florida sometimes mandates that drivers with poor driving records – especially those requiring additional SR22 insurance or FR44 papers – be able to cover the costs other drivers might incur at their expense in an accident.

Policyholders also suffer in Florida, as they’re often forced to foot the bill for unexpected costs incurred by their provider. The Sunshine State tops the nation in many fraudulent claim categories, which can account for hundreds of millions of dollars of extra costs that get absorbed by insurance companies and, in turn, their buyers. These fees result from a broad range of frauds, including inflated damage reports, falsely reported accidents and thefts and – a major one – staged accidents in which two drivers will plan incidents to collect from providers.

Despite these extras, experts agree that it’s still possible to find cheap car insurance in Florida. As in most states, the rates of car insurance Florida companies impose are based on some combination of a policyholder’s location, driving record, age and the type of car they drive. With this in mind, it stands to reason that driving safely and avoiding claims will prevent hikes, as will driving a safe, reasonable car and securing it in a locked garage in a safe neighborhood. If possible, policyholders can also save money by pairing their policies with those of a parents or spouses. And if all else fails, a simple – if risky – way to reduce premiums is to drop your overall coverage to the state’s legal minimums.

With an awareness of these factors – as well as an avoidance of storms – you should be able to keep your head and Florida auto insurance policy above water.

1,575 reviews on TrustPilot. See some of the reviews here.

0 years ago Roger
Insurance quote Quick and great service. Although we cannot change our insurance provider. Thanks for the quote.

0 years ago Peter Dennis
It was easy It was easy. When all was said and done I saved over $400 dollars and will save more by combining household policy. All was done in less than an hour.

0 years ago Bob
Powered by