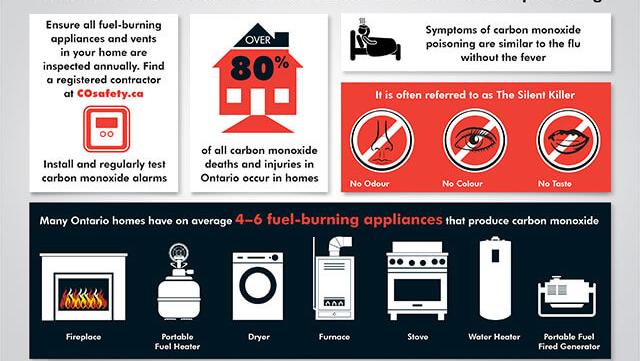 Your six months is up. Back on October 15, 2014 a law was passed that required homeowners to purchase and install carbon monoxide detectors within six months.

Carbon monoxide is known as the "silent killer" because it is colourless, odourless, and tasteless making it impossible to detect without a working carbon monoxide detector or alarm. It kills more than 50 people each year on average in Canada, including an average of 11 in Ontario. The law, also known as the Hawkins-Gignac Act, is named after a Woodstock family that died from CO poisoning in December 2008.

"We are solaced knowing that something good has come from something so tragic, that the loss in our family is not in vain," said John Gignac back in October. As the uncle of Laurie Hawkins who died in the accident along with her husband Richard and their two children, Cassie and Jordan, the retired firefighter founded the Hawkins-Gignac Foundation for CO Education and worked to have CO detectors made mandatory.

Gignac says his family’s tragedy could have been avoided if they had a CO detector in their home.

Does Your Home Need A Carbon Monoxide Detector?

Carbon Monoxide Detectors In The Home

Carbon monoxide detectors are required outside all sleeping areas, but it’s typically recommended that you have one on each floor. Detectors must be CSA-approved and should be replaced every 7-10 years depending on the brand. Just like smoke detectors, they should be tested once a month to ensure they’re working by pressing a button typically located on the front or side of the alarm.

Failing to comply with the CO alarm requirements could result in a hefty fine: up to $50,000 for individuals or $100,000 for corporations. 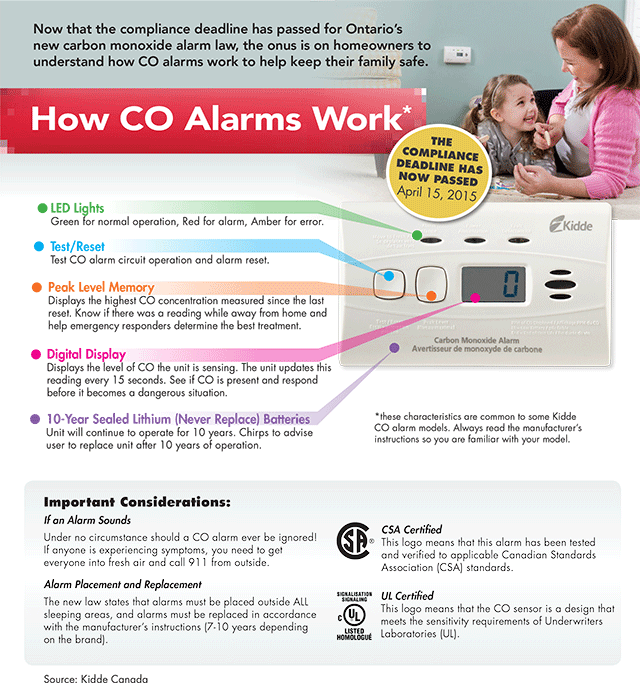 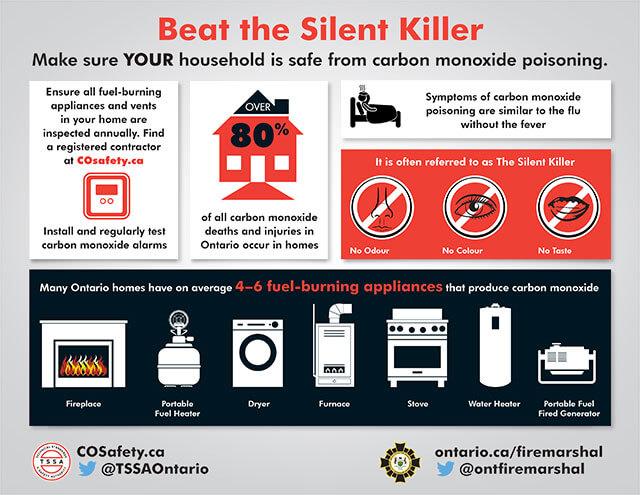