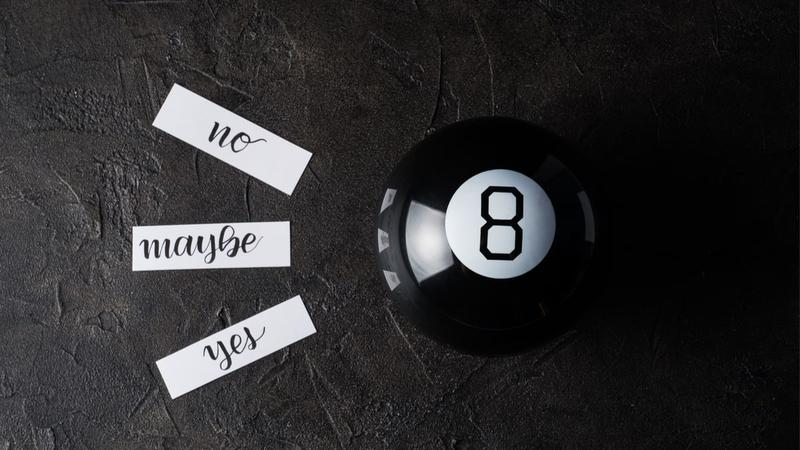 When you're looking for answers to life's big questions, do you ever consider turning to a Magic 8 Ball? This classic fortune-telling device has been around since the 1950s and is used to provide guidance. Although it's often viewed as a source of humour and fiction, we thought we'd ask it a few questions related to home insurance premiums, auto insurance rates, and even mortgages and car loans in 2015.

You may rely on it. The Ontario Liberals are projecting they will indeed reach their goal of reducing auto insurance premiums a full 15 points by August 2015, a promise made two years ago when the Liberals first introduced its Auto Insurance Cost and Rate Reduction Strategy.

Yes, definitely. Usage-based insurance (UBI), also known as telematics, monitors a driver's driving habits via a piece of technology that is connected to the car's internal data processor. It monitors things like speed, braking, acceleration, time of day driven, and various other factors to provide drivers with discounts of up to 25 per cent on their car insurance rates. Right now, a handful of insurance providers in Canada offer UBI, but that will soon change.

Our in house experts predict at least half of all insurance providers will offer UBI within the next six months, with the remainder offering it within the next two years. As more drivers become familiar with UBI and the related insurance savings, they will have plenty of options to choose from.

As I see it, yes. The 2013 flooding in Southern Alberta cost the insurance industry $1.7 billion. Combined with the rest of the country, insurance companies paid out some $3 billion due to weather-related claims that year, the CBC reports. The insurance industry has responded by making changes to how they cover these claims over the past year, including reducing coverage limits and increasing deductibles. Our experts expect this trend to continue into 2015, and will impact even those customers who were not directly affected by flooding or severe weather damage.

Many consumers were surprised to learn Canadian insurance does not cover overland flood insurance, which is damage resulting from water that comes in through the doors, windows or cracks in the foundation. While the insurance industry is still figuring out how best to proceed with flood protection going forward, consumers should carefully review their policies to understand what is and isn't covered in the event of a flood.

Will there be an interest rate hike on mortgages in 2015?

My sources say no. The Bank of Canada announced a cut in central interest rates on Wednesday, lowering Prime rate from 1 per cent to 0.75. It's the first time the bank has announced a reduction since September 2010.

This is obviously good news for borrowers with a variable rate mortgage, who will likely see discounts on their loans. It's also positive for homebuyers who can take advantage of low borrowing costs. However, the reduction is a result of the Bank's worries over the drop in oil prices, a major Canadian employer. Oil company Baker Hughes Inc. just announced 7,000 layoffs, with hundreds of layoffs likely in Canada. If these trends continue, decreased buying power could negatively impact the market.

Analysts initially predicted a hike in interest rates. It remains to be seen how this week's announcement will affect forecasting and year-end rates.

This is because most auto loans are fixed-rate vs. variable-rate, meaning it is unlikely the Bank's announcement will have an immediate effect on auto financing. That said, Hatch noted the interest rate environment is highly competitive and consumers might see a break on interest rates in the future.

"It could well happen in the next few months, going into the spring selling season," he said.

InsuranceHotline will keep you posted.

Don't leave your home and auto insurance rates to the Magic 8 Ball. Compare rates today to see if you're getting the best value. Because when it comes to comparing rates, all signs point to savings.