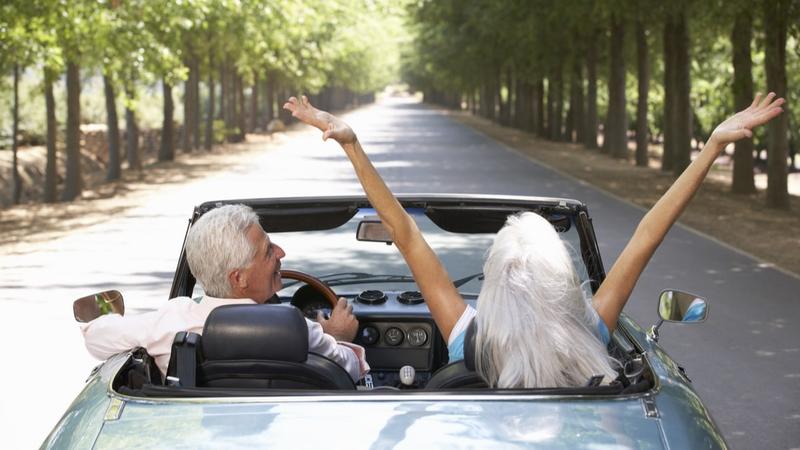 Ontario is changing the way it licences drivers over the age of 80. On April 21, 2014, the Province will scrap the written test it currently makes seniors take when renewing their licence. Instead, they will complete an in-class screening process to determine if they are fit to drive.

"These changes will help seniors stay on the roads safely with a more streamlined renewal process," says Ontario's Minister of Transportation.

He also says the new system will allow for "better flagging those who shouldn't be driving."

The new screening test gives seniors two written tasks. An example question given by the Province asks the test writer to draw a clock and then draw a specific time on it. Another question gives a list of letters and asks the senior to cross out all the Hs. The idea? That anyone who struggles with these tasks is losing their cognitive abilities, and possibly their ability to safely drive.

If you fail this part of the exam, then you must take a driving test in order to renew your licence.

The announcement of changes came with controversy. There were reports that the written test was being swapped for a computerised assessment. That prompted CARP to write an open letter to the provincial government calling the changes discriminatory. Its argument - older persons would be at a disadvantage trying to complete a test on a touch-screen computer. The Ontario government never confirmed it was looking at this method.

CARP says these current changes will benefit seniors going through the renewal process. It says the written knowledge test currently given causes stress and anxiety, without catching potential signs of dementia.

"These changes strike the right balance in keeping everyone safe on the road by using evidence-based methods to test the ability to drive safely," says Susan Eng, CARP’s vice-president.

It’s unlikely the new testing will have an immediate effect on insurance rates for senior drivers.

The Ontario Human Rights Tribunal says insurance companies can charge elderly drivers higher rates. In a 2013 hearing, the tribunal found drivers over the age of 80 are more likely to be in a collision than any other group, except those under 25. Another part of that decision was the increased chance of cognitive impairments, like dementia, in elderly drivers.

The ruling came after one Ontario senior said his higher rates were discriminatory. Denis Olorenshaw, 92, claimed the system showed prejudice after he received an insurance quote $250 higher than his 62-year-old daughter. They drove the same vehicle, lived in the same home, and his record was clean.

Many seniors continue to pay hundreds of dollars more per month because of this assessment.

Drivers over 80 will still have to take the test every two years. Like before, seniors will take a vision test and undergo a review of their driving record. Drivers will still take a group education session, but the class will now be shorter.

The cost will stay at $32 with no extra fee if a road test is required.