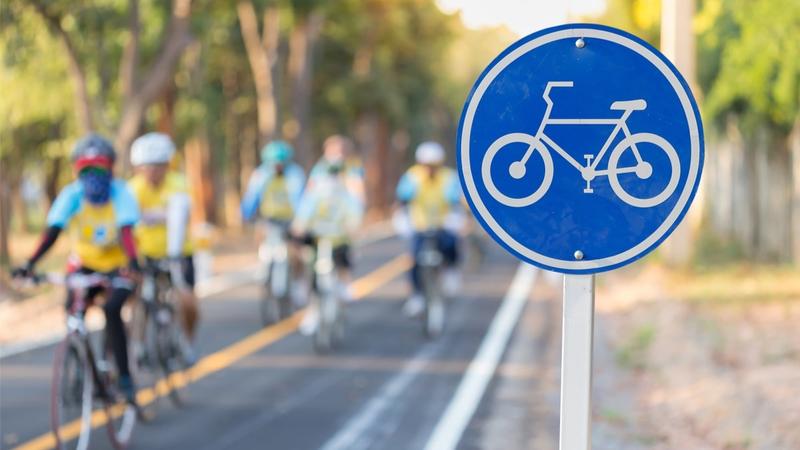 Ontario is rapidly becoming a leading destination for bicycle tourism. Area residents are joining in the fun, and more are choosing to rely on bicycles for their daily commute when the weather cooperates. Kitchener even hosts an annual BikeFest each May to celebrate the power of bicycles to positively impact the environment, individual health, and the surrounding community.

Province officials are encouraging this trend by investing substantial sums in upgrading cycling infrastructure, and Kitchener motorists have noticed an increase in cycling-related signage. There are more bike lanes, bike boxes, and bicycle sharrows than ever before.

For everyone's safety, it is critical for drivers to understand their responsibilities when it comes to sharing the road. These are the most important points to be aware of when a cyclist is near:

Bicycles in the Main Travel Lane

Because cyclists travel more slowly that motor vehicles, they are generally expected to ride approximately one metre from the side of the road, whether that is a metre from the curb or a metre from parked cars. However, they do have the right to travel on any part of the road as necessary for safety. For example, cyclists may join the main traffic if there are obstacles such as potholes, puddles, and ice in their path. They may also move to the left lane if they are preparing to make a left turn. Drivers should keep careful watch for cyclists in their vicinity, and they must be prepared to react if the cyclist moves onto the main road unexpectedly.

Motor vehicle operators are required to take precautions when passing those on bicycles. This includes changing lanes when possible. When there is no alternative lane, drivers must pass with a minimum one metre gap between the vehicle and the cyclist if there is space to do so. Failure to comply with this regulation can lead to fines ranging from $60 - $500. In addition, drivers may incur two demerit points, limiting their ability to purchase cheap car insurance in Kitchener.

Interacting with Cyclists on the Road

Drivers are accustomed to communicating with other drivers through turn signals, brake lights, and sounding car horns. However, cyclists do not have these tools available. The lack of brake lights is particularly difficult to manage, as it is hard to predict when a cyclist is slowing or coming to a stop. Sharing the road safely requires drivers to allow plenty of space between their vehicles and bicyclists ahead of them.

Fortunately, most - but not all - riders utilize hand signs to let drivers know when they plan to slow down, stop, change lanes, or turn. Watch carefully for the signal that cyclists are stopping. They hold their left arms out horizontally with their forearms pointing down from the elbow. The signal for slowing down is similar, but they wave their downward-pointing forearms gently from side to side.

Roads are more welcoming for cyclists when there is a specific area set aside for riders. Bike lanes, bike boxes, and sharrows are some of the most common tools used to keep cyclists safe. Drivers are required to observe the rules related to these road signs as they would any other road sign or signal.

Bike lanes are marked by a solid white line, and they are intended for the exclusive use of cyclists. When crossing a bike lane to turn right, drivers should take extra care to ensure there are no cyclists nearby.

Bike boxes are marked at intersections to ensure riders have a safe place to stop for traffic signals. Drivers can identify bike boxes because they are painted on roadways and have a white bicycle symbol inside. Motor vehicles are expected to stop behind bike boxes, leaving the boxes free for cyclists.

Sharrows appear on the road as two chevrons above a bicycle symbol. These signs notify drivers that a lane is shared between cyclists and other vehicles. Though bicycles are permitted on roads without sharrows, these signs typically indicate that the specific road is frequently used by cyclists.

The experts at Insurance Hotline are dedicated to keeping families safe. Access Kitchener resources and car insurance quotes in Ontario within minutes online.