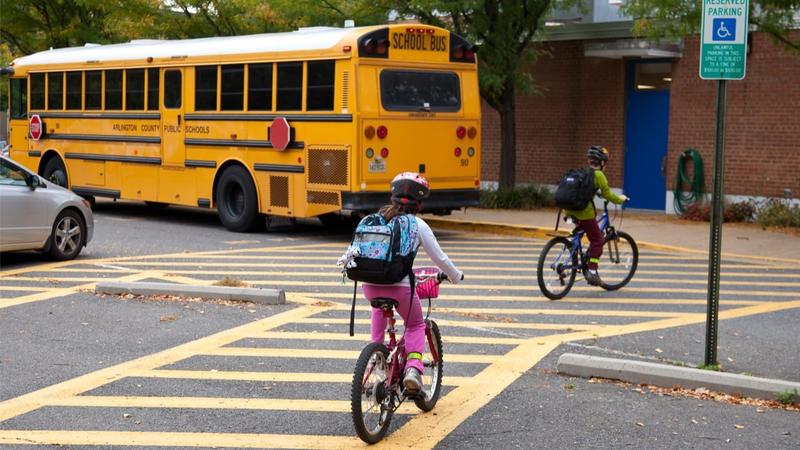 A York University and Hospital for Sick Children study finds children face an increased chance of injury near schools during morning rush hour due to parent’s dangerous driving.

As a parent, you may think you’re keeping your kids safe by driving them to school in the morning, but a recent study suggests otherwise. Dropping kids off on the opposite side of the road forcing them to jaywalk, stopping in the middle of the road to let kids out, and double parking are cited as three dangerous student drop-off behaviours that leads to a child’s increased chance of being hit by a car.

"We are busy, we are stressed, especially in the morning—people have to get to work and I understand that, I’m a working parent, too," said York University health professor Alison Macpherson to TheStar.com. "But we have to do whatever we can to make roads safer for everybody."

Getting the kids to school safely

The study suggests there are a number of ways to improve safety around the school. Some of these changes could include moving designated drop-off locations away from the schools, police enforcement, and encouraging active transport to schools (e.g. walking or cycling).

Additionally, the following InsuranceHotline.com tips will also help to ensure everyone’s safety when dropping the kids off at school:

School zones are busy spots, but with extra care and caution, they don’t have to be dangerous too.