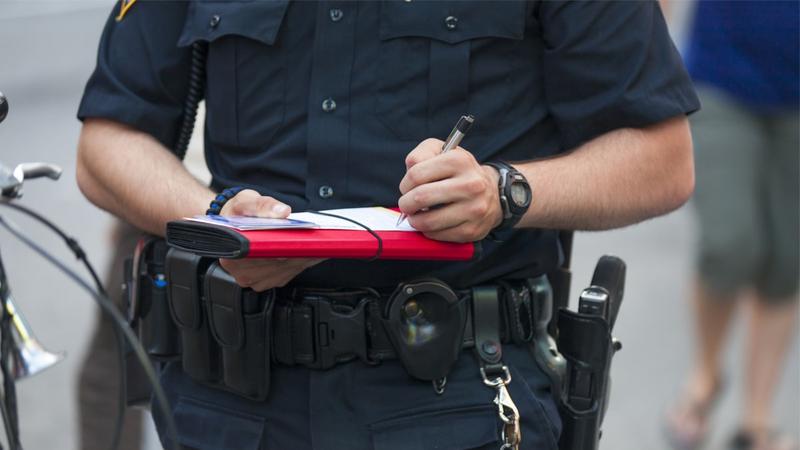 Two-thirds of the Canadian population lives within 100 kilometres of the Canada-U.S. border. As you can imagine, cross-border traffic between the two countries is typical. Statistics Canada estimates that every month Canadians jump in the car to cross the border about 2.7 million times. That’s a whole lot of Canadian drivers on U.S. roads.

It makes sense then; whether it’s a day trip or road trip, some drivers will run afoul of traffic laws stateside.

What You Need to Know About Driving in the U.S.

There are a few important things to know about driving in the U.S. if you plan to cross the border. First, traffic laws in the states are relatively similar to those in Canada, and Canadian driver’s licences, as well as your car insurance, are valid in the U.S. no matter where you go. But what happens if you get a ticket?

There may have once been a time when getting a traffic ticket in the United States would not affect your driver’s record in Canada. But times have changed. Today, what happens will depend on where the ticket was received and the agreement that state has with your home province.

Reciprocal Agreements Between States and Provinces

Some states and provinces have reciprocal agreements allowing information to be exchanged between the two regarding traffic violations. If your home province and the state you received the ticket in have such an agreement, the ticket will be reported to your province’s driver licensing agency.

A U.S.-based traffic ticket, therefore, could affect your auto insurance rates, cause demerit points to be added to your licence, or for criminal convictions, result in a licence suspension.

Ontario drivers, for example, will have demerit points added to their licence if they’re guilty of speeding, failing to obey a stop sign, signal light, or school bus, racing, and careless driving. Criminal convictions, like vehicular manslaughter, criminal negligence, dangerous driving, failing to remain at an accident scene, and driving impaired, will result in a licence suspension.

Do You Have to Pay U.S. Traffic Ticket Fines?

If you receive a traffic ticket in the United States that comes with a fine, you should either pay the fine or arrange to attend traffic court to dispute the ticket. For some people, the latter can be complicated. In a situation like this, hiring a lawyer to attend court on your behalf may also be an option.

Ignoring a traffic ticket is unlikely to work out in your favour, even in states that don’t have a reciprocal agreement with your home province. At best, you’ll be on record in that state as having an outstanding fine. If you ever want to return (or even drive through on your way somewhere else), this could be problematic. Ignoring a fine could also result in debt collection agency calls.

In the worst-case scenario, if you live in Ontario, ignoring the ticket could lead to a licence suspension. Ontario’s Highway Traffic Act allows a person’s licence to be suspended if they fail to “pay a judgment”. Judgments in jurisdictions outside of the province count too, including in the remaining nine provinces and 41 of the 50 states.

It’s unlikely Ontario is the only province to allow this to happen.

Be Aware of the Law

As a driver in another country, it’s your responsibility to know the laws of the road in that location. Pay attention to speed limits and follow all posted street signs. Drive carefully, and you shouldn’t find yourself facing a traffic ticket at all.

Remember that if you are pulled over by an officer in the United States, you should behave in the same manner that you would at home:

Finally, don’t argue about the ticket at the scene, you can look into your options regarding fighting or paying the ticket afterwards.