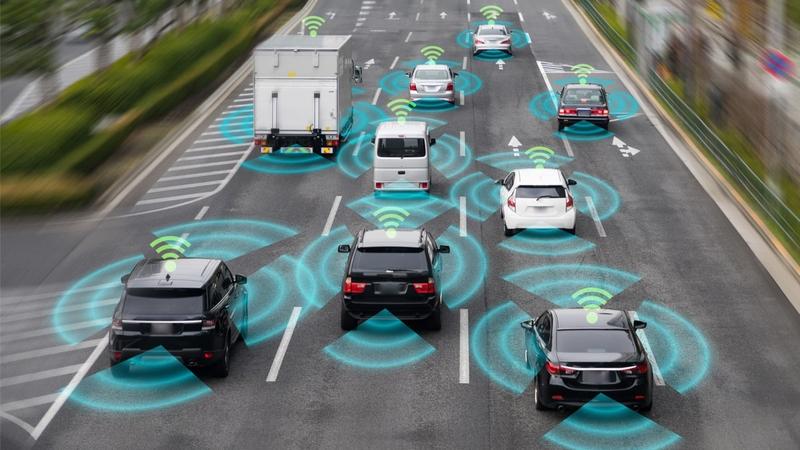 If you watched the movie Her, you probably know that the future is about to become pretty weird. While helpful OSs that speak in Scarlett Johansson’s raspy voice still don’t exist on the mass market today, other wondrous technologies do. In many ways, we live in the future today. New technology makes life more interesting and may also help save you some money, too.

Nest Protect gives you a beautiful and smart smoke and carbon monoxide alarm.

Nest Protect tackled the annoying beeping monster of UX that your traditional smoke alarm represents. I realize smoke alarms save lives, but they also tend to go off at the least opportune moments. Have you been woken up by your smoke alarm in the middle of the night? Did it add to your stress levels when it went off just as you were cooking up a storm for a party and your guests just buzzed in, about to arrive? Nevermind running around the place on a mission to track the beeping screeching maddening sound to its source.

Smoke detectors and carbon monoxide detectors save lives. They also save you money, because you’re increasing the security of your home. Your insurance premium aside, the peace of mind is great to have - that is until your smoke alarm starts beeping for no reason at all.

Nest Protect knows what room it’s located in and simply tells you where to find it - "in the kitchen" or "in the living room" - you set it up, so you probably could have a bit of fun with that, too. You can wave at it lightly to hush it if you think your alarm has no good reason to be alarmed. Nest Protect responds to motion and lights your way - amazing feature for those homeowners that have never quite gotten used to stumbling in the dark without knocking things over. There’s this soft glow instead. Take a look:

Generally speaking, Nest Protect is not cheap. But it does bring insurance premiums down, and it’s UX doesn’t tempt you to destroy it with a golf club or just take the batteries out. So let me leave you with a couple of questions to think about: Do you have batteries in your smoke alarm? Does it work? Are you sure?

It pays to keep track of new and emerging technologies. Because, often, new technologies are simply safer to use - and anything that’s capable of increasing your safety is probably worth a closer look.

Have your car talk to my car. How connected cars communicate to save lives.

In the US, the Obama administration intends to require new cars to include technology that would enable the vehicles to communicate with one another to avoid crashes, according to ABC News. As a driver, would you pay a bit extra for a car with the new vehicle-to-vehicle or V2V technology that enables communication between cars and alerts you to potentially dangerous situations?

Here’s how US defines vehicle-to-vehicle communications:

"Vehicle-to-Vehicle Communications for Safety is the dynamic wireless exchange of data between nearby vehicles that offers the opportunity for significant safety improvements.  By exchanging anonymous, vehicle-based data regarding position, speed, and location (at a minimum), V2V communications enables a vehicle to: sense threats and hazards with a 360 degree awareness of the position of other vehicles and the threat or hazard they present; calculate risk; issue driver advisories or warnings; or take preemptive actions to avoid and mitigate crashes." - U.S. Department of Transportation, Research and Innovative Technology Administration (RITA).

The interest in connected cars is growing in Canada. MaRS, Toronto's urban innovation centre has partnered with BNOTIONS to host a #Connectedcar event and advance the discussion about the possibilities connected cars represent for developers, consumers, car manufacturers and service providers. Rogers expressed an interest in connecting vehicles last year. The Globe and Mail did a story recently on how connected cars would affect drivers' experience. It is only a matter of time we start seeing v2v technology implemented here in Canada.

Considering the number of car crashes every year, it might be a great idea. Your insurance providers will surely give you some sort of discount, too, for investing in new technology that reduces your risk.

It’s not far fetched to envision the kind of future where every vehicle on the road is equipped with this new technology, including buses, trucks and motorcycles - with each vehicle having exact situational data on proximity to other moving vehicles. As this technology develops further, we can expect to see better connectivity and data on infrastructure on the roads and improved communication between vehicles and consumer devices. And, hopefully, reduced environmental footprint and safer driving conditions.

Telematics – a device that collects information about drivers’ habits and car use, much like wearable tech bracelets like fitbit collect users’ activity data - is about to become adapted by more Canadian drivers. The technology has been widely discussed last year and is not without controversy, like many other new technologies entering the market.

The data collected by telematics is treated as personal information under privacy laws, so your insurers can’t penalize you if you drive dangerously.

If you are a careful driver, telematics can prove your clean bill of health and your insurance premiums would come down. And, just like fitbit, it will serve as a reality check - are you really as good of a driver as you think you are? Can you do better? With this new technology, your car can share the data with you and help you be safer on the road.

Generally speaking, new is better than old, particularly when it comes to personal safety technology. While new devices and technology may cost more than the old ones, there’s usually a number of benefits to consider, like the reduced insurance premiums, energy savings, environmental impact, and ease of use - to quote Jerry Seinfeld, "You see how it all evens out?"

Most importantly, new technology is fun and a great source of inspiration - that’s why movies like Her are so popular that the spoofs never seem to end. Have you had a good experience with new technology that made your life safer recently? Would love to hear about it.

4 hours ago Marilyn
Audi insurance You girls were very helpful, thank you so much. 🤗