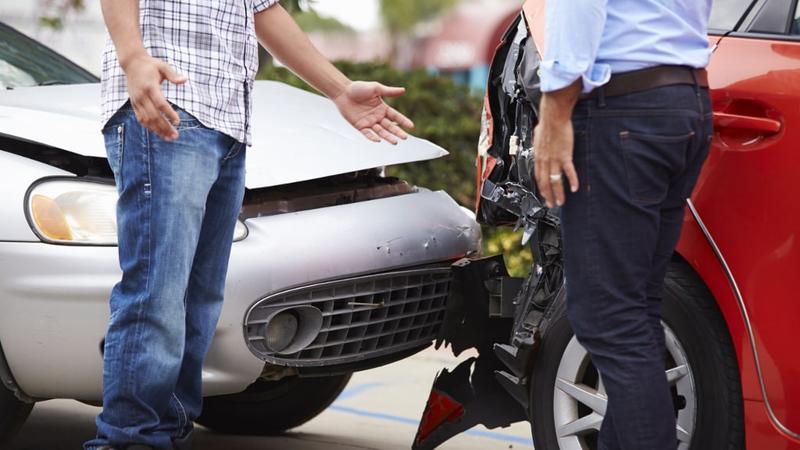 When it comes to determining fault in a car accident, some accidents are complex while others are relatively cut and dried. Some of the most common accident scenarios almost always result in the same fault determination, based on the fault determination rules either of the province or of the insurance company. Here are a few examples of common accident scenarios and how fault is determined in each.

You’re driving in light traffic when suddenly a child’s ball bounces out into the road ahead of you, and you see the child approaching. You brake quickly and suddenly, and the car behind you who has not seen the ball fails to stop in time, striking the back of your car.

Even though the child’s ball entering the road that caused you to brake unexpectedly may seem to be the blame, in this situation the driver behind you will be found at fault. In fact, rear-end collisions are usually the fault of the driver who strikes the other car from behind. It is every driver’s responsibility to allow enough stopping time and distance to safely stop without striking the car in front, and it’s also up to the driver to keep his or her focus on the road so a sudden stop in by the car in front is noticed in time to stop.

You’re approaching an intersection where the light is red. You stop, put on your right turn signal, and prepare to make a right turn on red, which is legal in this intersection. Just as you start to turn, an oncoming car makes a left turn on a protected green arrow and strikes you in the intersection.

Even when a right turn on red is legal, the car making a left turn on a green arrow has the right-of-way. In this case, the driver turning right on red will usually be found at fault in the accident. One of the most important things when making a right turn on red is being aware of which lane currently has the green light and thus the right-of-way. When you proceed to make the turn, you should be certain it is safe to do so.

You’re backing out of a parking space in a busy lot, and having trouble seeing because there is a large black SUV parked next to you. You don’t see the car coming down the lane and back into its bumper.

Unfortunately, even though your visibility when backing out of the parking space was affected by the large vehicle next to you, you will likely still be found at fault in this situation. Whenever a car leaves a parked location and enters the flow of traffic that car must yield the right-of-way to those already driving. Backing up very slowly out of a situation where visibility is limited might take some time, but it is necessary to ensure you can proceed safely.

You’re waiting at an intersection, first in line at a red light. The light ahead of you turns green and you proceed into the intersection, just as a car coming the other way slides on a patch of ice and goes right through the light, striking your car.

When it comes to determining fault, winter weather does not affect the outcome. The driver who entered the intersection on a red light will be held at fault for the accident even though the ice played a role in the car going through the light. It’s the driver’s responsibility to be prepared for ice on the roads during winter by driving more slowly and allowing more stopping time and distance.

Driving in an area you don’t know very well, you notice your next turn at the last minute. You crank the wheel quickly to make the turn but lose control of the car and enter someone’s yard, knocking down a portion of his or her fence. No one is hurt, and your car is the only one involved.

Any time you strike property without any other car being involved in the accident, you are found at fault. Failure to take the turn carefully in this situation is the reason for the accident. When you miss a turn, it’s best to simply turn around at the next available location and come back to make the turn safely, rather than risking a crash.

When to Report a Car Accident

22 Things to Consider Before Making an Insurance Claim