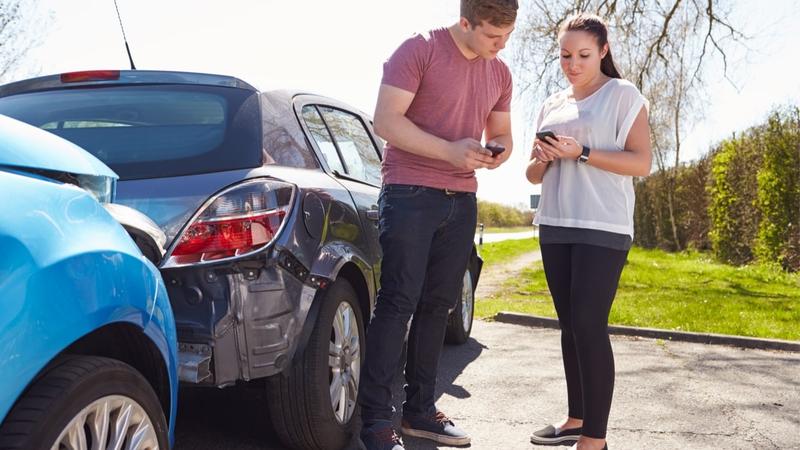 No one wants higher insurance rates, which is why making a deal with another driver to not report an accident to your insurance company seems so appealing - but that doesn't mean it's a good move.

For example, if you've gotten into a fender bender where you are not at fault, which resulted in minor damage to both your car and the other driver's and where neither of you got hurt, why not make a deal with the driver, where he covers the cost of the damage out of pocket? He'll simply get an estimate and pay you for the damage - easy as that. There's no need to get the insurance companies involved and risk an increase to your rates.

Sounds simple enough, right? But should you do it?

Let's look at some of the consequences of accepting a deal like this from another driver.

Consequence: You're doing each other a favour, right? Wrong. You're only doing the other driver a favour with no benefit to you. By cutting a deal and not getting your auto insurance provider involved, you're shortchanging yourself. You'll get no rental car coverage while your car is being repaired, your auto insurance company will be unable to help you through the process and if any extra repairs or health issues come up, you're on your own in terms of covering costs.

Consequence: The other driver can offer you a deal, but he can then backtrack by going to his insurance company anyway -  then you look guilty because you didn't report the claim.

Consequence: Oftentimes, an insurance company will have a preferred mechanic shop for you to go to, which will guarantee the work done. Going independent means you don't get the guarantee - or your insurance company standing behind you. Going it alone means you may end up paying way more money for repairs than if you had gone with the set rates agreed upon by the insurance company (since they are covering the cost) and the auto repair shop.

Consequence: Sometimes a minor accident can cause a residual physical injury that arises after the accident is long over, which means that, since you cut a deal, you may not receive any medical benefits from your insurance company, as they don't even know about the accident.

Consequence: You run the risk of being charged with leaving the scene of an accident if the other driver decides to report the accident after the fact. You must call the police if the accident results in physical injury or property damage over $1,000.

Consequence: You don't know if the other driver is being legitimate and honest - or if he or she is conning you. Laws and rules are put in place for a reason. By not contacting the police and your insurance provider, you may be opening a proverbial Pandora's Box of trouble. Not only will you be more vulnerable to higher costs for taking care of the situation yourself, you may also be found guilty by the law for not reporting the situation. It's not worth trying to protect your insurance premium in the long run, especially if you are 100 per cent not at fault. If you did not cause the accident, you have nothing to fear - your rates won't be affected.

Fortunately, there are easier, safer ways to keep your insurance rate low. InsuranceHotline.com allows you to get quotes from over 30 insurance companies to ensure you are paying the lowest rate available.