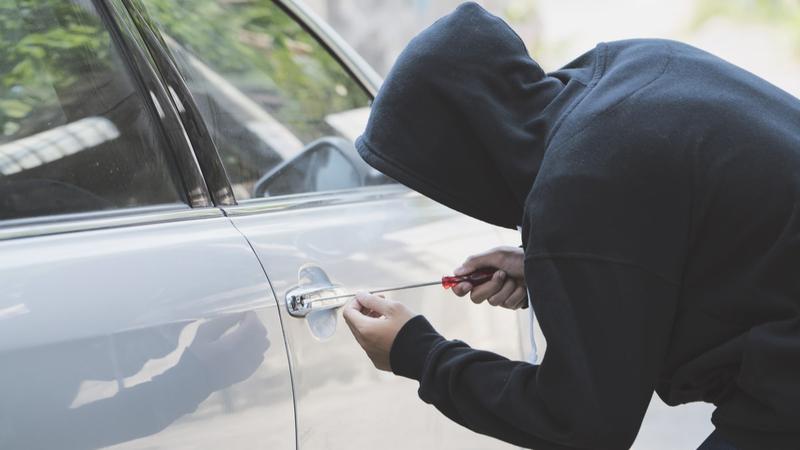 Every day across Canada, an average of 232 vehicles are stolen. In a year, 24,000 cars are swiped in Ontario alone. It's these stubbornly high numbers that prompt the Ontario Association of Chiefs of Police to team with the Insurance Bureau of Canada (IBC) and Accident Support Services International for the annual Lock it OR Lose it Campaign. Their goal is to remind car owners to be extra vigilant with their vehicles (and the contents inside) during the holiday season.

But where in Ontario is it particularly important to be on guard against car thieves?

That means you’re more likely to have your vehicle stolen in these areas than in large urban centres like Toronto and Ottawa. 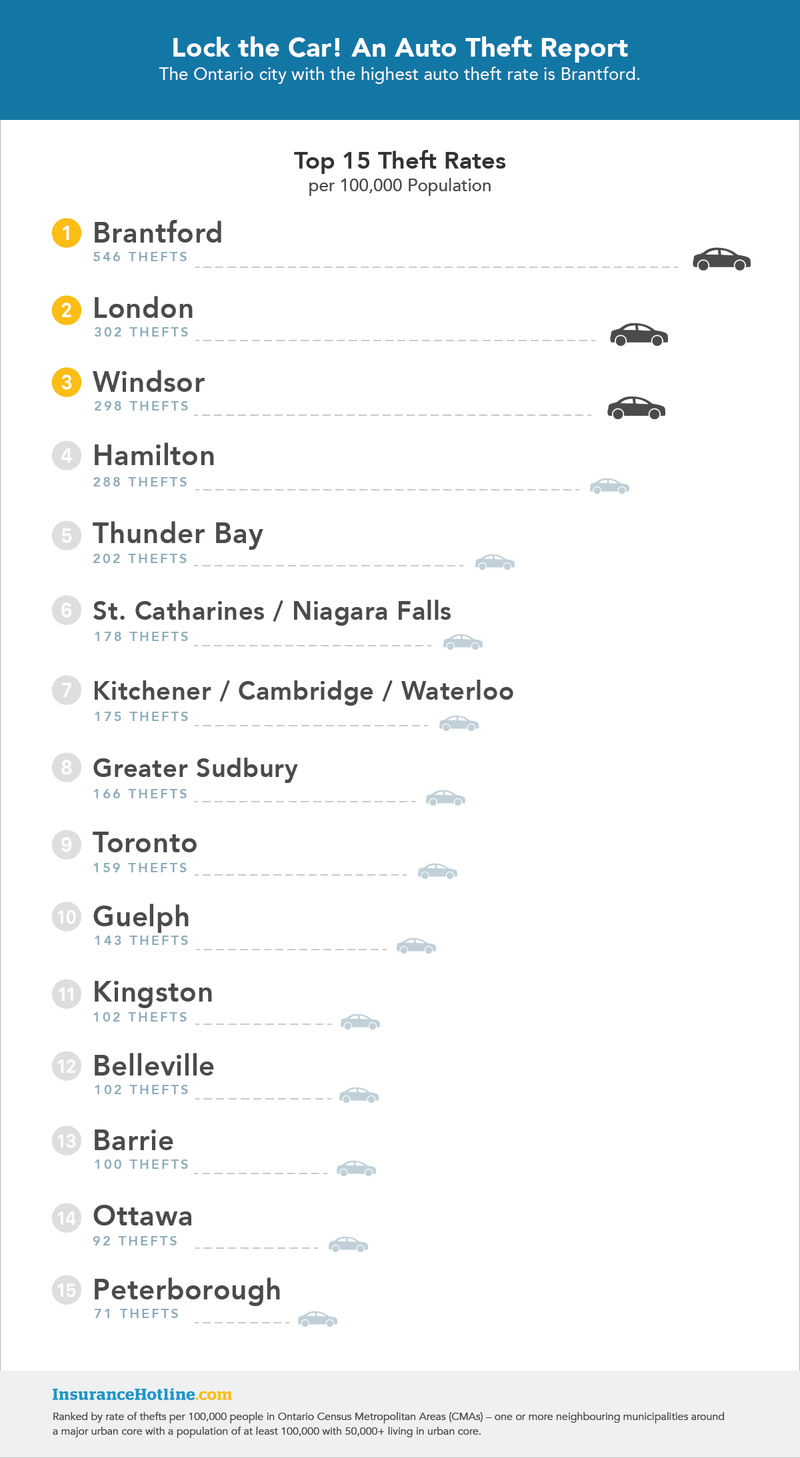 The most stolen cars in Ontario

The IBC compiles a list each year of Canada’s 10 Most Stolen Vehicles. The Ford F-Series pickup is the most popular with crooks. The 2007 Ford F350 in particular tops the list, followed by the 2006 and 2005 models. The reason? IBC says these pickups tend not to have ignition immobilizers -- technology that can prevent thieves from hotwiring them.

Each year car thefts cost Canadians close to a staggering $1 billion. More than half of that cost ($542 million) is thrust upon insurers to fix or replace stolen vehicles.

It is one of the key reasons why where you live and what car you drive affects your insurance premium; it’s all about risk assessment. Therefore, living in a city such as Brantford may result in a higher insurance premium versus residing in an area that has a lower rate of auto theft.

Insurers also track claims on the types of vehicles that are most likely to be stolen. If you drive a car that’s coveted by thieves, but you have theft protection coverage, your insurance premium will reflect that. Insurers analyze a broad range of information, such as the IBC report as well as its claims data, to determine your premium.

But if you live in Brantford and drive a Range Rover, take heart: by taking precautions you can reduce your insurance premium, as well as reduce the chances your vehicle will be pinched.

Cracking down on car thefts

One of the leading motivators for car thieves is the potential resale of high-end vehicles in international markets. To tackle the problem, the Ontario Provincial Police’s (OPP) Organized Crime Enforcement Bureau launched Project SHILDON last June to curtail auto theft in Central and Eastern Ontario.

The OPP investigation captured 20 people, and 97 cars were recovered. All of the stolen vehicles were to be exported overseas through the Port of Montreal.

“We want to remind the public to take precautions when leaving their vehicles unattended including parking in a well-lit area or a locked garage when possible," said Superintendent Bryan MacKillop, Director of the OPP Organized Crime Enforcement Bureau. "There have been hundreds of victims affected, and we, along with our partners, will continue to take action against criminals who victimize members of our communities.”

How to theft-proof your vehicle

Insurance companies do consider measures you take to safeguard your vehicle against theft. These include installing immobilizing and tracking devices. You can also utilize mechanical deterrents such as a steering wheel or brake pedal lock.

Other methods you can take to help prevent your car from being stolen include:

How else can I lower my insurance premium?

Take advantage of InsuranceHotline.com’s free quoting tool to compare rates from more than 30+ insurance companies. In five minutes or less, you may find the coverage and rate you want.