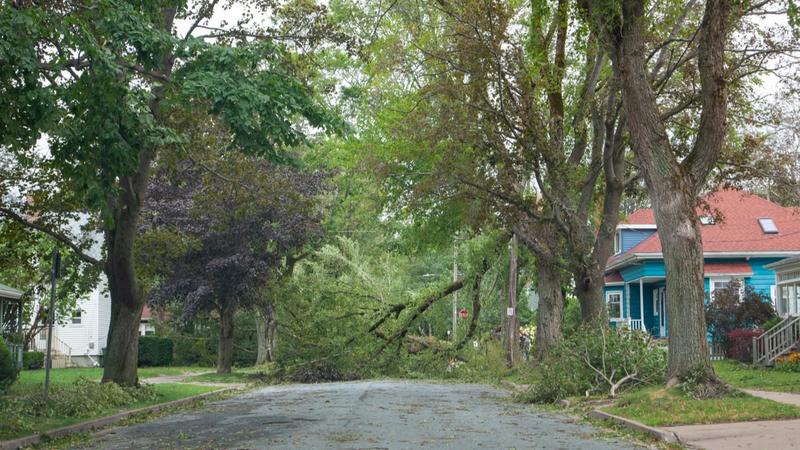 Insurance providers were faced with a significant number of claims after Hurricane Dorian hit Atlantic Canada on September 7. Nearly a month later, the insured damages have been calculated and total over $105 million, according to Catastrophe Indices and Quantification Inc. (QatIQ).

The Insurance Bureau of Canada (IBC) reports that the initial estimates for each province can be broken down as follows:

New Brunswick and Nova Scotia, specifically Halifax and Moncton, suffered the most damage, although claims were widespread across Atlantic Canada.

What Caused the Damages?

When Hurricane Dorian made landfall in Halifax, winds were estimated to have reached 155km/h. The wind knocked out power and even blew several cottages off their foundations in the Magdalen Islands. The heavy rainfall caused road washouts and flooding to homes and businesses. Furthermore, the saturated ground caused many trees to be uprooted across the region.

"Hurricane Dorian is another example of how devastating Mother Nature can be" said Amanda Dean, Vice-President, Atlantic, IBC. "Severe, unpredictable weather like this is becoming more frequent, resulting in higher costs to homeowners, insurers and governments. Last year, insured damage from severe weather across Canada exceeded $2 billion, the fourth-highest amount of annual losses on record. That alarming trend has continued in 2019, with over $1 billion in insured losses recorded already this year."

The IBC has been working closely with all level of government to mitigate future impacts of extreme weather and build resilience to the damaging effects of climate change.

Some of the changes the IBC is advocating for include:

The financial impact of severe weather is widespread, affecting not only insurance providers but policyholders and taxpayers as well. Innovative solutions need to be created to reduce the financial strain caused by flooding and other severe weather events, which are likely to become more common.

“For every dollar paid out in insurance claims for damaged homes, vehicles and businesses, Canadian governments and their taxpayers pay much more to recover the public infrastructure damaged by severe weather,” according to the IBC.

To reduce your financial burden, make sure your home insurance provides all the coverage you need. You can start by anticipating the common damages for your region and comparing home insurance. You can compare home insurance quotes online at InsuranceHotline.com.