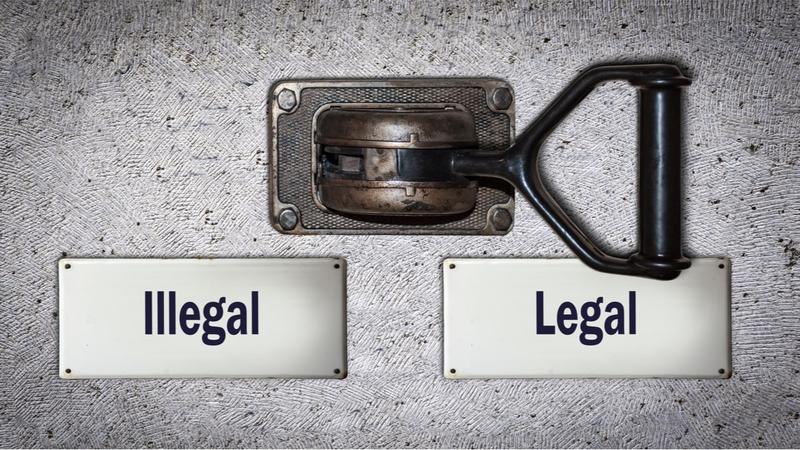 If you drive a car, then it's inevitable: you probably have a couple of bad habits. Nobody's perfect and while it's tempting to start multitasking, speed or even try to finish getting ready for work in the car, know that you could be setting yourself up for trouble.

The Ontario provincial government is cracking down on distracted drivers, with new legislation, which will ban handheld devices as of fall 2009, under Premier Dalton McGuinty's new distracted driving law, Bill 118.

As Minister of Transportation Jim Bradley puts it, "We want drivers to focus on the task of driving: driving safely must always be a driver's primary task and responsibility: anything less is unacceptable. Eyes on the road, hands on the wheel — it is one of the basic tenets of safe driving."

So just what's legal — and illegal — behaviour on Ontario's roads right now? Here's a selection of common scenarios and the facts.

Are you a new driver? Going out for a drive without a licenced driver who has at least five or more years of driving experience by your side in the passenger seat? Yes, you're breaking the law. One of the terms and conditions that come with the Graduated Licensing System in Ontario is that while you hold a G1 licence designation, you must be accompanied at all times with a seasoned driver when behind the wheel.

There is no mention of this being illegal in the Highway Safety Act. However, if you do cause an accident while trying to eat a bowl of chili in your car, you could be charged for careless driving, which could result in six demerit points and a fine, which could lead to a rate increase. Eat your meals at your table, not behind the wheel and stay safe and focused while driving.

Talking on your cell phone: ILLEGAL

Well, technically it's still legal — for now. But as of fall 2009 it will be illegal to drive while using a handheld device. This includes talking, texting and emailing while using a handheld device such as a cell phone, handheld GPS device (unless mounted to the dashboard, which is acceptable), entertainment (video or music) device or personal messaging device. Breaking this law could earn you up to a $500 fine. It will not be illegal to plug your MP3 player into your car's sound system.

Tip: This law will exempt 911 calls. Emergency services vehicle drivers will also be exempt. You can use a headset and do voice dialing as well.

Taking off your prescription glasses: ILLEGAL

If you're driving without sunglasses, well, that's perfectly legal, but if it's explicitly stated on your driver's licence that you require prescription eyewear to operate your vehicle, then you must wear your glasses at all times. If you don't, you may face a fine and possibly the loss of your licence.

Removing your seatbelt while parking: LEGAL

You must wear a seat belt when operating a vehicle. However, there is an exception to this rule according to the Highway Safety Act: when you are reversing your car, you can remove your seatbelt only for the duration of the maneuver. Once you are done reversing, the seatbelt needs to go back on. Also, if you are a legally qualified medical practitioner or, for medical reasons or your physical gait, as stated on an official certificate, you can't wear a seat belt, you may be exempted. Always wear your seatbelt, even when reversing if you can, as it's there for your safety.

This is a popular myth — high-beaming another driver to let him or her know that a speed trap is coming up is illegal. Not so! In fact, police want all drivers to be aware of speed traps, as this encourages people to follow the law. Flashing your headlights to warn other drivers of upcoming speed traps and radar set-ups is not an offence under any provincial legislation.

Plus, on an interesting aside, the Ontario Provincial Police recently returned to the traditional white-and-black paint scheme on their cruisers so that they'd be easier for motorists to spot.

If in doubt about any driving activity, it's a good idea to contact the Ontario Ministry of Transportation.

If you have been fined for an illegal driving habit and your auto insurance policy's premiums have gone up, make sure you shop around for the lowest rate available from over 30 competing insurers and get connected with a network of licenced insurance professionals at InsuranceHotline.com.