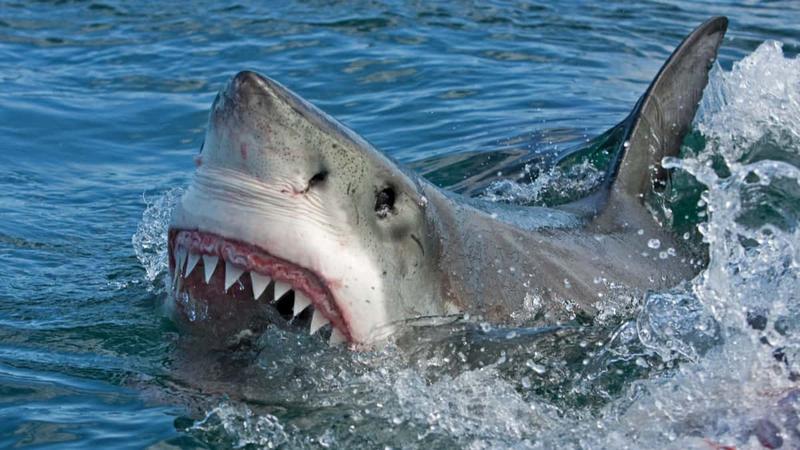 Shark attacks are relatively rare, but they can be very serious when they do occur.  Certain areas have a higher risk of sharks attack humans, as do certain behaviours such as surfing, which can cause a shark to mistake a human for a seal.  When in the water, you can take a number of steps to reduce the likelihood of a shark attack, but if you do become the victim of such an attack, immediate and appropriate response can have a big effect on recovery.

While not all shark attacks can be avoided, you can reduce your risks by avoiding a few common risk factors:

While shark attacks happen in coastal waters around the world, the shores of certain US states: California, Florida, Texas, and Hawaii, and Australia, especially Western Australia, have the highest number of reports.  Africa, Asia, and Pacific Islands also have higher rates of shark attacks than other waters.  When swimming or surfing in areas with shark attacks reported in recent years, use extra caution.  Although shark attacks remain uncommon, being aware of your risk level is wise.

When a Shark Attacks

Shark attacks are usually very sudden and come without warning.  If you do hear another swimmer warn of a shark in the area, get out of the water as quickly as you can.  If you find yourself the victim of a shark attack, however, swift response is the best way to escape with minimal injury.

If a shark bites you, do not play dead.  Instead fight back as ferociously as you are able.  Aim blows at the shark’s eyes and gills, which are the more sensitive areas of the shark’s head, and more likely to cause the shark to let go.  Strike as hard as you can and use anything available to you as a weapon.  Once successfully fought off, a shark will not likely try to bite again – however blood in the water at this point can attract more sharks or cause the shark to attempt a second attack in some cases.

Immediately apply pressure to any wounds you have sustained in order to staunch bleeding.  Use your hands to do this even while still in the water if possible.  Yell for help.

Get Out of The Water

Get out of the water as quickly as you can after a shark attack.  Call for help, get the attention of anyone nearby, and ensure that medical attention is sent for right away.  Once clear of the water, rest in a safe place until help arrives.  Continue to apply pressure to wounds.

If you witness a shark attack, immediately call for emergency medical assistance.  Warn other swimmers to evacuate the water.  If lifeguards are on duty in the area, notify them of the attack right away.  Help the victim to get safely out of the water, but do not move them beyond that point.  Help to apply pressure to wounds and administer first aid if you are able and it is needed.  If you do not feel capable of administering first aid, call for assistance.  If the victim is a friend or family member, be sure to allow space for medical assistance, even though you may wish to remain in proximity.

After a Shark Attack

The majority of shark attacks are not fatal, but they can result in lasting injuries.  Quick reactions to an attack can help to reduce the level of the injury and the likelihood of a fatality.  After a shark attack, victims may have a long road to recovery depending on the type of injury.  The likelihood of recovery, however, is very high with immediate medical attention.  It’s important to remember that shark attacks, although highly publicized, are really quite unlikely, and a repeat attack is also unlikely.