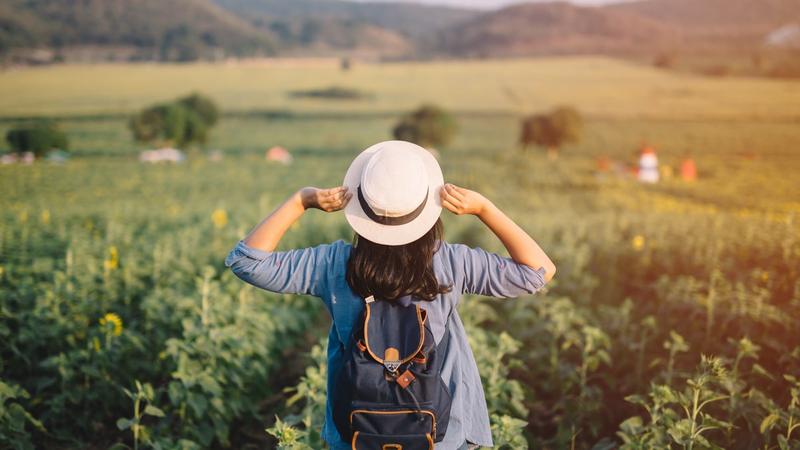 Traveling is dangerous for both men and women, but with women, this is an added concern. Men often try to empower you, try to act bossy and since this is primarily a male dominated society, a woman needs to take extra measures while traveling in order to make sure that her experience goes as smooth as possible. Now, this does not mean that men are constantly dominant over women, and trying to empower them whenever they get the chance. However, for a woman, it is better to be safe than sorry, and that is why we have compiled ten of the best travel safety tips for women! Here they are:

1. Always carry pepper spray with yourself

By far the most important piece of advice that you can get; it is vital that you always carry pepper spray with you when traveling alone. Pepper spray can be the best piece of defense against unknown stalkers or people who might be looking to harass you, and can easily get you out of a tough situation.

2. Carry just what you need

Travel theft is very common, and it usually occurs with women who carry large amounts of stuff with themselves. There's no point in carrying a large bag with you when you don't need half of the stuff that's inside it. Always carry a light bag and make sure you keep things close to you.

3. Keep an eye on your surroundings

The people in your crowd can prove to be a clear indicator when danger is nearby. It doesn't matter if you are in a subway station or running along a busy street, you must always be aware of whose around you so as to make sure that you know if danger is ahead. Any unknown stalkers will usually try to shift away from your sight, and that's when you can catch them red handed.

Blending in the crowd is the best way to stay safe, and you can't really do that by wearing large amounts of jewelry. That heavy necklace is certainly going to raise eyebrows, so it’s best that you avoid it.

5. Do not resist during a snatching

A robber is usually interested in what you can give them immediately; which is your bag and any jewelry on show. Therefore, rather than resisting, it is best that you give it to them immediately. Numerous experts have revealed that it’s best to not resist and let go of your belongings immediately.

6. Dress as normal as you can

There is absolutely no point in flaunting your expensive dresses when you are out on your travels. Always try to dress as a local, and wear as little make up as possible. The best way to stay safe while traveling alone is to blend in, and this way, you aren't even going to catch the eye of the onlookers.

Another very important tip is to make sure that you always avoid the darker areas and move from the safer parts of town. It doesn't really matter if you have to walk an extra mile, at least you'll be safe.

If you sense that you are being followed, it is best that you begin to run. Running makes your followers aware of the fact that you know about them, and this can work in your favor as they usually look for the element of surprise.

It doesn't matter if your heart is melting inside; always put up a brave face and look confident. Men will automatically move away from you.

10. When followed, face the followers

If you sense that you are being followed and are in a public area, it is best to turn around and shout out at the guy who was following you. They are likely to be taken back by surprise and move away very quickly.