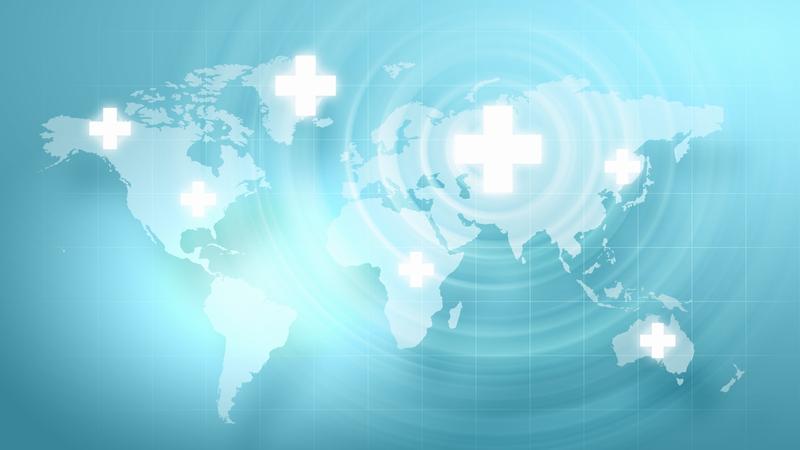 Canadians are lucky to live in a nation where health care is available to all residents; however, when you travel outside your home province you can't always take that coverage with you.  Depending on your province of residence, there are important facts you should know about how and when you are covered when you are travelling, whether for business or pleasure.  Purchasing a travel insurance policy is a simple way to eliminate the worry about your potential medical costs while abroad.

The Canadian provinces have a reciprocal agreement that allows them to bill each other for care provided to travelling Canadians outside of their home province.  This agreement lets you show your province's health care card in any Canadian province in order to receive coverage.   The most notable exception is Quebec, which does not have a reciprocal agreement with any other province; you are required to pay for services up front and apply for a reimbursement.   The same is true of travel outside of Canada, where no agreements are available and travelers are responsible for all medical bills incurred.  The basics of provincial travel coverage differ slightly depending on your province of residence; here are a few of the things you can expect from your province.

If you reside in British Columbia or in Alberta, your health plan will cover you in any province in Canada, except, of course, Quebec.  In Quebec or outside of Canada, you will need to pay for services yourself and apply for a reimbursement.  Bear in mind that the coverage is extended only to care by physicians, other practitioners such as chiropractors are not included; prescription drug coverage is not included either, so prescriptions should be obtained prior to travel.  Services for ambulances, transport of injured people back to their home province, and numerous other exclusions apply.  Albertans are covered for medically required oral care such as oral surgery when travelling, but not for routine care.

If you live in Saskatchewan or Manitoba you have the same reciprocal agreement as the other provinces, excluding Quebec.  Saskatchewan residents can obtain medical care as well as prescription drugs in other provinces and have the services covered by their plan, while Manitobans must obtain drugs in their home province.  Outside of Canada, Saskatchewan and Manitoba residents are required to pay out of pocket for all medical care and submit for reimbursement upon their return.  There are multiple exclusions to the coverage available while travelling, and ambulance and transport are not covered at all.

For Ontario residents, the reciprocal agreement applies to all provinces except Quebec.  Ontario's health plan will cover you for physician and hospital services received in other provinces, as long as the services are received at a publically funded hospital.  Prescription drugs purchased outside Ontario are not covered.  Travel outside Canada requires that you pay up front and apply for a reimbursement when you return; coverage is very limited and does not include ambulance or transport services.

The Maritime provinces: New Brunswick, Nova Scotia, Prince Edward Island and Newfoundland all have a reciprocal agreement with each other as well as with all other provinces except Quebec.  Newfoundland offers an Out of Province Coverage Certificate which ensures continued coverage for up to twelve months while travelling.  For all maritime province health plans, coverage outside of Canada is limited and up front payment must be made at the time of service and submitted for reimbursement.

Quebec is unique in Canada in that it does not have an agreement for direct billing for health care services with any other province.  Residents of Quebec should therefore expect to pay out of pocket for any medical services obtained while travelling outside the province, whether in Canada or out of the country.    Some services are reimbursable, while others are not.

In addition to the provinces, the territories of Canada also offer health coverage for their residents.  Both the Northwest Territories and Nunavut, as well as the Yukon, have reciprocal agreements with the provinces other than Quebec, but outside of Canada all costs must be paid up front.

When it comes to travel outside of your home province and especially outside of Canada, it is a wise idea to have alternate health insurance coverage.  While your province may reimburse you for some of the costs of emergency care in another country, they will only pay the standard rate for care in your province.  This is usually vastly different from what hospitals in other countries charge, and you will be responsible for the difference.  In most cases you are also responsible for ambulance and other transport costs; including the cost of being transported home for further care if necessary.  It can quickly add up to thousands of dollars.

Provincial health care coverage does not provide any reimbursement for services that aren't considered medically necessary; coverage is generally only extended for emergencies.  You will have to pay all bills that don't meet this requirement, and that can mean significant amounts of money.

Travel health insurance is the best way to prevent a health emergency from becoming a financial emergency as well.  Depending solely on your province's health plan to provide total coverage could be a very costly mistake.  Even if you are in good health, an accident or sudden illness can happen anywhere, and to anyone.  Your provincial health plan provides only limited coverage when you travel - severely limited for travel outside of Canada.  Leaving home without travel health insurance can leave you in a very difficult financial situation, so make sure you are covered. Cheap travel insurance can easily be found, investigated and even purchased online, so there's no reason to take your chances abroad.  Protect yourself and your family so you can fully enjoy your travel!