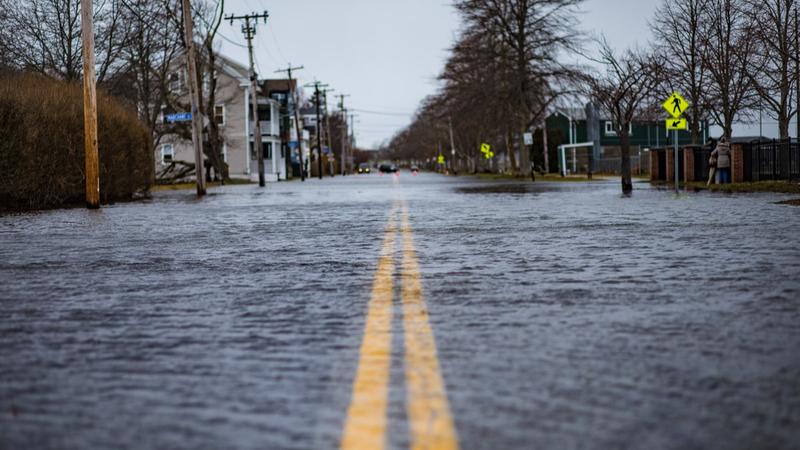 Severe weather – possibly the result of a changing climate – looms large as an ever-increasing threat to Canadians that may have a ripple effect on home insurance premiums.

According to a Swiss Re Institute report, 2019 was the second warmest year in Canada in the decade, and the temperature in our country has increased by 1.7 degrees Celsius since 1948. That doesn’t sound like much, but small hikes in temperature tend to result in more severe storms that trigger floods. It’s flooding that usually poses the greatest risk to Canadians.

Furthermore, the Insurance Bureau of Canada (IBC) says 2019 ranks as the seventh-highest in insured losses on record, pointing to the $1.3 billion in damages insurers paid out that year. The 2013 floods in Alberta and the Greater Toronto Area rank second on IBC’s list at $3.4 billion in total losses.

In the last five years, home insurance premiums have gone up by as much as 25%. Water damage accounting for about 60% of that increase, according to the Intact Centre on Climate Adaptation at the University of Waterloo.

Compounding the flood risk that Canadian homeowners face is the oncoming hurricane season.

Canadian cities and towns aren’t hit as hard by hurricane activity as places in the U.S. Nevertheless, hurricanes and tropical storms can have a significant impacts on the east coast of Canada. And according to the National Oceanic and Atmospheric Administration in the U.S., 2020 is expected to be an “extremely active” hurricane season.

For Quebec and Ontario, hurricanes that pound Atlantic Canada tend to peter out and result in heavy rainfalls and gales that have the potential to wreak havoc. But that doesn’t mean dangerous storms that thrash the Atlantic coast can’t hit central Canada too. On that note, the Canadian Hurricane Centre tracks storms that may make landfall anywhere in the country.

As the onset of hurricane season raises the risk of floods, it’s worthwhile to bear in mind flooding is the costliest disaster in Canada year-over-year. For example, the average cost of a flooded residential basement claim is more than $40,000. The frequency and magnitude of flooding are rising across the country, and as that continues, homeowners who face higher flooding risks may struggle to get the coverage they require.

How to Safeguard Your Home from Severe Weather

There are pre-emptive actions homeowners can take to protect their properties. Storm preparedness is a critical step to protecting your home and family, but so too is insurance coverage. Check your policy. Do you have what’s known as overland flood protection in it? Most standard home insurance policies do not include that type of coverage.

Ask your insurer or broker about the types of water damage coverage they provide. Find out what the limitations are on that coverage, as well as what’s excluded. Also, inquire about the deductible for a water damage claim, and if your home is flooded and you cannot live there while repairs are underway, does your policy provide for additional living expenses if you’re forced to stay in a hotel?

Meanwhile, taking preventative actions to prevent flooding may help keep your premium low or earn you a discount, such as:

Here are a few other steps you can take to protect your home and property from severe weather events:

We can’t control the weather, but we can try to contain the damage a vicious storm may inflict. It’s the best way every homeowner can protect their homes and help reduce the possibility of having to file a home insurance claim.