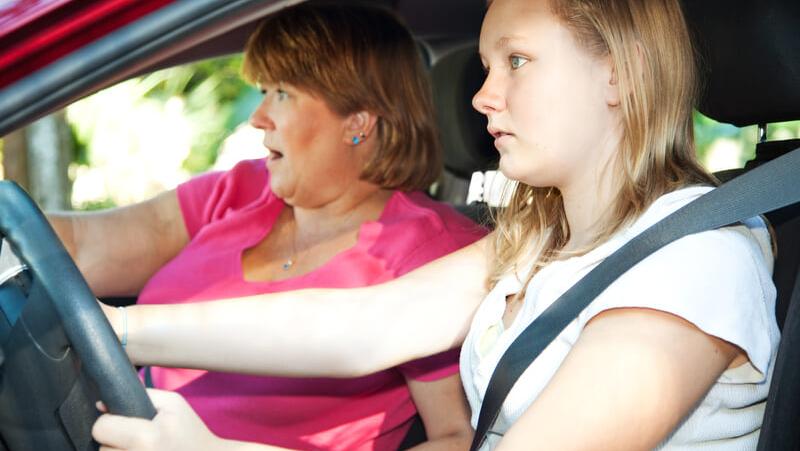 As part of the learning process, G1 drivers may sometimes find themselves involved in an accident. While a new driver’s inexperience may be a contributing factor in an accident, they are not always the one at fault. What happens when a driver with a G1 license has an accident depends on a few factors, but mainly on who is at fault.

When a G1 Driver is At-Fault for the Car Accident

If the G1 driver is at fault in the accident they will be held accountable in much the same way as any driver would. Fault determination rules apply to any accident regardless of who is behind the wheel when the accident happens, and the insurance company will use Ontario’s rules to determine fault. When the G1 driver is found at fault, the insurance company covering the vehicle that driver was driving will cover the damages. However, since Ontario is a no-fault province, each individual will have their own damages taken care of by their own insurance company.

G1 drivers are not listed as a driver on an insurance policy. Although the parents or guardians of a G1 driver should let the insurance company know about it, that driver won’t be officially listed on the policy until they pass the G2 test. G1 drivers are covered under the insurance policy of the person who owns the vehicle they are driving, as long as they are in compliance with all of the G1 license restrictions. Should any of the G1 rules be violated resulting in an accident, the insurance company may have grounds to deny the claim.

Repercussions of an At-Fault Car Accident For a G1 Driver

When a G1 driver is held at fault in an accident it goes against their driving record much the same as it would a driver with a full license. Since the G1 driver can’t be listed as a named insured on the insurance policy, the accident will be charge against the person who owns the policy, increasing their rates. As soon as the driver at fault passes the G2 test, that accident will be charge to whatever policy they are insured under. Newly licensed drivers are already very expensive to insure, and adding an accident to that can make the rates even higher. Insurance companies may even refuse to insure a new driver who has accidents or tickets on their record, whether or not they happened during the G1 phase.

When The G1 Driver is Not at Fault

In a situation when a G1 driver is not at fault in the accident, the fault will fall on the other driver and the G1 driver will not be affected. Just as with any other accident, a driver who is determined to have no fault in the accident will not be held responsible or see an increase in rates. The fact that one of the drivers involved holds a G1 license has no bearing on how the Ontario Fault Determination Rules are applied to an accident. Although there is a tendency to see a young driver as potentially at fault due to inexperience, the fault determination rules remove that as a factor and consider only the facts of the accident itself.

If the G1 driver involved in the accident is found to be in violation of the G1 license restrictions that all new drivers must abide by, they will face consequences for that action whether or not they are at fault in the accident. This can include suspension of the G1 license and an extension on the waiting period before the G2 test can be taken. There may also be a fine imposed on the driver.

G1 drivers must obey all of the rules of the road as well as a few additional rules that are placed on them as they go through the process of learning to drive. If the driver is in violation of any of those rules, they will face consequences.

G1 drivers can have an accident either at fault or not at fault, just like any other driver. The main difference is the way in which a G1 driver insured. G1 drivers should use extra caution to avoid accidents, as having an at-fault accident on record can mean higher insurance rates in the future.