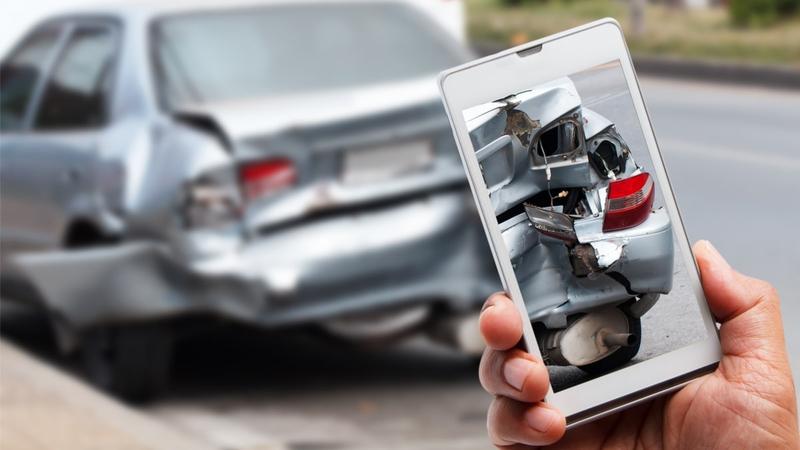 In the moments following a car accident it can be difficult to remember what you need to do – and often more importantly what you should not do. If you have been involved in an accident, knowing what mistakes to avoid can help make your insurance claim go smoothly and ensure you don’t run into any snags in the process. You may be feeling shaken and confused as to what exactly happened; for this reason it’s important that you keep these key things in mind so that you don’t wind up making a mistake that could cost you in the end.

Even if you feel relatively certain you were to blame in an accident, there is a process for determining fault and it’s best to let the experts figure it out. Especially if the other driver is angry and accusing you of being at fault, it’s important that you refrain from letting them force fault on you. Just because the other driver is sure you’re at fault doesn’t make it so, and you won’t do yourself any favours by admitting it. Although some situations may seem quite obvious to you, there is no reason or need to accept the fault in an accident at the scene.

If you are giving a statement to the police regarding the accident, the same rule applies. Simply tell the officer what happened to the best of your recollection and don’t make any statements that admit to fault. Stick to the facts and allow the police and the auto insurance adjusters to review them and figure out who really carries the fault. An admission, especially on the record, of fault could come back to haunt you should the other driver decide to sue for damages.

Don’t Negotiate with the Other Driver

In a minor accident where no one is injured and the damage appears to be minimal, it can be tempting to keep the incident off the official record. You may find yourself in a position where the other driver wants to take care of the damage without contacting insurance to avoid a rate increase. It might sound like a good idea on the surface, but the ramifications could be serious in the end.

Negotiating yourself with the other driver to decide who should pay for damages and whether it should be taken to the auto insurance company can put you in a difficult position down the line if the accident turns out to be more serious that it appeared on the surface – or if it turns out the other driver is looking to turn in a fraudulent claim against you after you’ve already agreed to pay a certain part of the damages.

Insurance companies have a certain window during which they require you to inform them of an accident. Once that window passes, they could choose to deny you coverage for the accident. So if that driver changes their mind about filing a claim against you – and they do have time to do this legally – you could find yourself paying out of pocket on a claim for an injury that was discovered after the fact. Even more worrisome is the possibility that you could find yourself the victim of insurance fraud by failing to get the facts on record right away, leaving it open for the other driver to inflate their claim.

This may seem obvious, but the desire to just go home and take a deep breath can be a strong one. Don’t leave the scene of an accident until you have all of the information you need from the other driver and have talked to the police if necessary. If the other driver is pushing to simply exchange contact information and work the rest out later, it should raise a red flag for you.

Be sure you have full contact information for the other driver including their insurance information and the contact information of any witnesses before you leave the scene. And if there are any injuries or the damage is more than minor, call the police and wait at the scene without doing or changing anything until they arrive. By staying a little longer and making certain everything has been recorded properly, you avoid potential issues with your claim.

Remember that the best thing you can do to protect yourself after an accident is to let the experts handle the details. Be polite to the other driver, check to see if anyone is hurt, and then refrain from discussing what happened. Call the police if you feel that anything is odd at the scene, even if the damage is minimal. Inform your car insurance company right away and let them decide who bears fault. After all, that is why you have insurance.