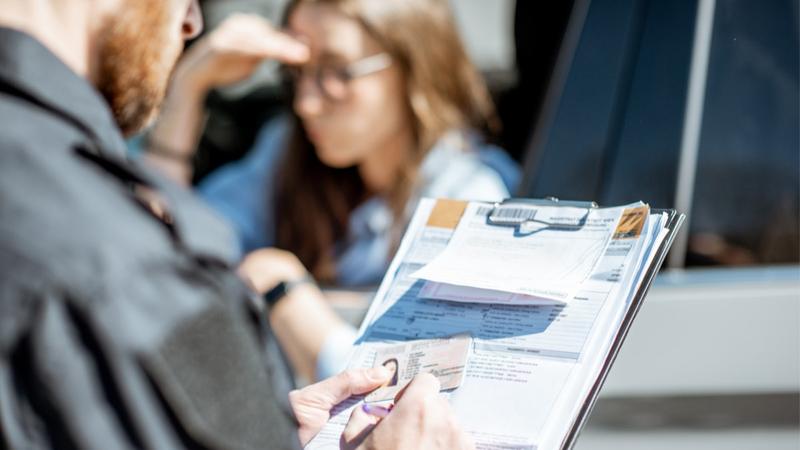 Every week we’ll highlight a question sent to our resident insurance expert, Anne Marie Thomas. This week’s question comes from Jaycee who is asking if an insurer will pull a person’s driving record because of their age when getting auto insurance for a new car.

“In November 2016 I was pulled over doing 50 km over the speed limit. In court, it was dropped to 49 km over and I was given 4 demerit points. This conviction was in February of 2017. My car has now died, and I need to purchase a new one. However, I am gravely concerned that this ticket will be uncovered through insuring a new vehicle under my name. Ideally, my vehicle was supposed to get me through until February 2020 but that is not possible at this point. I am under the age of 25 and am concerned that my age will increase the likelihood of my insurance company paying for my abstract. I do, on the plus side, have a great credit score standing and all my business is conducted with the same company: student loans, car insurance, etc., so I'm hoping being an all-around customer will help my case?”

Not telling your provider about key components of your driving record could have serious consequences, explains Anne Marie.

“Failing to tell your insurer about your speeding ticket could be considered a violation of your insurance agreement in the eyes of your provider, especially if you didn’t tell them because you were trying to avoid paying higher auto insurance rates,” Anne Marie says.

“It will likely be considered misrepresentation which would give the insurer grounds to cancel your policy outright if or when it’s discovered,” she continues. “And, if the discovery is due to an insurance claim you’ve submitted you can bank on your claim likely being denied too. Fudging the truth about your driving record could have serious financial repercussions. Not only could your claim be denied, leaving you to foot the bill, but having a cancellation on your history will follow you for at least three years, resulting in considerably higher premiums going forward.

“All that being said, that’s not your question. You’re wondering if your insurer will pull your driving record because you’re buying a new car. It’s possible, yes, although there’s no way to know for certain. It would be a gamble. If you were buying a policy from them for the first time, they likely would, but as an existing customer they may not. If they did, however, it wouldn’t be uncommon. Also, because insurance and banking are required to operate separately from each other, any products or services you have with one will not benefit you with the other.”

Your insurance coverage is a contract and to ensure it covers you when you need it most, honesty is the best policy.

Your best and safest bet for lower insurance premiums is to shop around. Compare auto insurance quotes from 30+ providers at InsuranceHotline.com today.