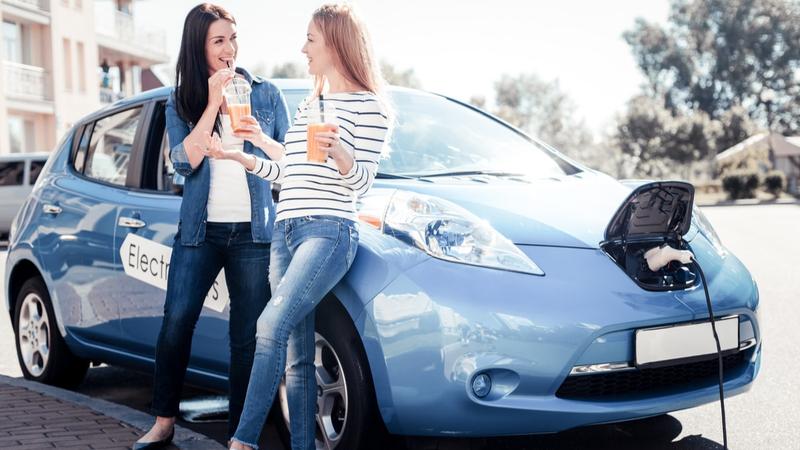 Meeting Canada’s greenhouse gas emissions target by 2030 means more Canadians need to drive an electric vehicle (EV), but a significant bump in the road to making the switch is “range anxiety.”

Given that a quarter of the country’s total greenhouse gas emissions come from private passenger cars and light trucks with internal combustion engines, it seems that getting more drivers into an EV is a no-brainer. However, regardless of the vehicle costs and government incentives, a big concern for Canadians interested in adopting an EV is if they will be able to “fill up,” so to speak, as easily as they’ve been able to pump gas into their cars.

However, with the cost of regular gasoline currently sitting at 180.2 cents per litre, range anxiety is starting to neutralize. Even with the challenge of finding charging stations, gas expenses may be reason enough to go electric. In a recent J.D. Power study, respondents with a commute over an hour long were almost four times more likely (35%) to consider an EV than those who don’t commute (9%).

Though we may be overcoming concerns about the distances EVs can tackle, the ability to charge one quickly anywhere in the country is still a concern.

Drivers of gas vehicles generally don’t have to worry about where the nearest gas station is. EV charging stations, however, are less common. Though, many EVs on the market today can travel approximately 250 km per hour of charging, depending on their charging speed and battery capacity.

In major urban centres, this mileage is more than enough, as most EV drivers are making short trips within the city and can even get away with charging their vehicles at home. But a drive from Ottawa to Montreal or Edmonton to Calgary raises concerns. And once you get to your destination, will there be a charging station there that will work with your vehicle? How long will you have to wait?

The good news is that there’s a global push to move drivers to EVs. Major automakers worldwide, including Ford, Daimler, Tesla, Porsche, BMW, and many others, are significantly investing in EVs, while promoting a future where EVs are a primary mode of transportation. This is complemented by federal government policies that encourage environmentally friendly transportation. Together, these trends are driving the development and deployment of fast-charging EV infrastructure.

In the past few years, there have been significant developments to combat range anxiety as infrastructure is being built out across the country.

By the end of 2019, Petro-Canada finished its “electric highway,” a national network of EV fast chargers stationed every 250 kilometres from Halifax, N.S. to Victoria, B.C., along the Trans-Canada highway. The project was funded, in part, through Canada’s Electric Vehicle and Alternative Fuel Infrastructure Deployment Initiative.

In 2020, Canadian Tire set out to build 54 fast-charging stations at locations in central and western Canada with support from the federal government.

Deploying infrastructure where traditional gas stations already exist is certainly a step forward, but challenges remain, especially in dense, urban areas, if we want to rev up EV adoption. In the meantime, EV drivers can locate electric charging stations through Natural Resources Canada.

A lot of the charging infrastructure being built in cities is part of new housing developments. Some new condo towers with underground parking, for instance, proactively integrate charging stations as part of their design and construction. However, there are many stakeholders and requirements that must be considered in urban environments if these stations are to become as ubiquitous as gas pumps.

Aside from the new condo towers that incorporate fast chargers as a perk for potential residents, older buildings will need to be retrofitted to accommodate charging infrastructure, including centuries-old historic neighbourhoods. Businesses with a fleet of vehicles may also want to migrate to EVs, but they must have enough confidence in the supporting infrastructure since their business will depend upon it.

Each stakeholder has potentially unique considerations. Businesses will need universal chargers that can charge all their commercial vehicles, while municipalities need chargers that are rugged and resilient enough to endure wet and dirty environments, as well as a wide range of temperatures. All EV owners will be watching their electricity bills, but municipalities will also need to account for the impact on their power grid, which is a hodge-podge of decades-old equipment and modern systems. Meanwhile, the average car owner will want something easy to install.

All stakeholders will want something that lasts many years, even decades. That means fast-charging infrastructure needs to be reliable and flexible enough to handle the addition of new features, such as e-commerce functionality, so that drivers can be charged for their charge.

While automakers and governments work to address EV charging infrastructure options, the future of vehicles in Canada may include other green-minded concepts, such as a biocomposite electric car built with industrial hemp.

But even if drivers’ range anxiety is addressed, there’s another milestone that must be met: affordability. EV owners need to know how much it’s going to cost them to drive green every day, including the cost of auto insurance. And one of the best ways to seek out an affordable premium is to compare car insurance rates in Canada.