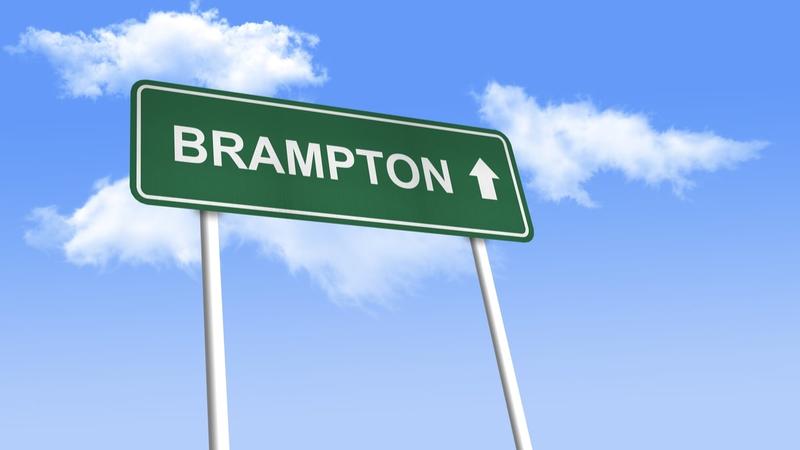 Looking for car insurance in Brampton? Brampton is a beautiful city in southeastern Ontario and located on the Etobicoke Creek. It's slightly west of Toronto and there are plenty of retail businesses and food establishments in the area. And, driving is a concern for residents who find some of the highest insurance rates in Canada.  But, driver safety tips and insurance comparison tools can help to lower auto insurance costs.

As the ninth biggest city in Canada, Brampton’s population is on track to reach one million residents in twenty years. Its growth is about three times the national rate. With more drivers come more frustrations. Roads can be congested as there are road expansions and construction underway through 2023.

Brampton has a 10-Year Roads Capital Program that is extending roadways through 2023. About 20 different projects have been set up to expand the road infrastructure. Given the heightened congestion from roadway construction, downtown traffic can be bumper-to-bumper. This can lead to heightened tensions for drivers.

In Brampton, traffic offences have been reported as extremely high. Peel Regional Police tally Highway Traffic Act charges. About 32,000 traffic offences occur annually in Brampton and most charges in this busy city are for excessive speed. Drivers also receive citations for failing to stop at a stop sign and driving with an invalid permit.

A major cause for concern is the intersections in Brampton where the most traffic offences and accidents occur.

• Highway 50 and Ebenezer Road:There are several fast food restaurants on Highway 50. A concern is accidents that occur with merging traffic as drivers get back on Highway 50.

• Steeles and Hurontario: With three-lanes in each direction, even one minor fender bender can delay the flow of traffic.

• Mavis and Steeles: Located near the 407 and 401, this area is congested with commuters and pedestrians especially during rush hour.

• Rutherford Road and Queens Street East: Listed as one of the most dangerous intersections, it has 4 lanes of traffic and a bus lane in both directions. It also sees a large number of commuters, buses, cyclists and pedestrians.

• Bovaird and Hurontario: It's especially congested during rush hour at this busy intersection.

High Insurance Premiums and How to Find the Cheapest Insurance

Because of the rise in accidents, high car insurance premiums are a concern for residents. Brampton residents pay an estimated $2,392 annually for premiums. This is 65 percent more than the provincial averages.

Instead of taking the first rate they find online, drivers should shop around for quotes. Drivers can use a convenient online comparison tool to get the best deals on auto insurance. It compares insurance quotes from Canada's leading insurers.

Drivers can shop for cheap auto insurance in Brampton. Or, they can compare insurance quotes for Ontario. Another way to keep premiums lower is with fewer accidents by using driver and pedestrian safety.

When Going Through An Intersection

• Never enter into an intersection if you see the traffic is backed up. Instead, wait until it is clear to move through the intersection so you are not stuck when the light changes.

• Never change from one lane to another at an intersection. This is extremely dangerous. Instead, wait until you clear the intersection and then put on your blinker to change lanes.

• Never speed up as you go through an intersection. There may be pedestrians or cyclists you don’t see or a fire truck or ambulance approaching. Instead, drive with the pace of traffic so other drivers know what you’re doing.

• At all intersections as the light turns green take caution and watch out for cross traffic before you proceed. Another vehicle might be running a red light or running a stop sign. Always be alert and aware of other drivers.

Safety as You Approach an Intersection

• Make sure you’re in the correct lane before reaching an intersection. There are "blind spots" where other drivers can’t see you. Try to avoid these.

• Pay attention to where pedestrians are standing at crosswalks. Observe if there are children or elderly people waiting to cross. Look for special needs people that might need extra time if they are blind or have a cane, wheelchair or walker. Road conditions and weather can affect your stopping abilities. Never speed near intersections. Remember safety first at crosswalks.

• Always use turn signals so drivers, cyclists and pedestrians know your intentions.

• Don’t drive distracted. Keep music volumes low. Don’t text and drive. Be prepared if you have to brake suddenly. Stay off your phone. And, don’t eat food or apply makeup while you drive.

• When slowing down, observe the speed of the car in front of you. Always watch for their brake lights so you’ll know if you have to slow down or suddenly come to a complete stop.

• Never tailgate or rush through traffic. Tailgating is a leading cause of accidents. It doesn’t give you enough time to hit the brake if the car in front of you suddenly stops. And, you risk being hit from behind. If you tailgate behind larger vehicles, you can’t tell what the other cars are doing.

• Inspect each intersection as you approach it. Note the stop lights and stop signs and any turning lights or restrictions. Look for roadblocks or construction work. Pay careful attention to pedestrians and cyclists at crosswalks. Observe the bike lanes and bus lanes.