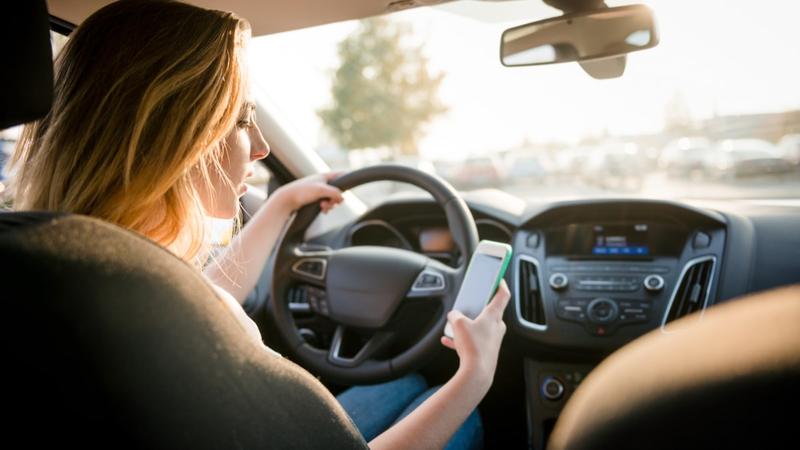 Although both distracted and impaired driving are incredibly reckless, one wonders if Canadian motorists recognize the danger distracted driving poses. After all, if you stand on any street corner and watch traffic zip by, you’ll inevitably see several drivers interacting with a mobile device whether they’re in motion or at a stoplight. That a distracted driving conviction can increase your auto insurance premium by an average of 25% ought to spur a change in this bad driving habit.

Evidently, Canadians are aware of the peril. Data from InsuranceHotline.com found 40% of Canadians believe distracted driving is the primary cause of deaths on our roads versus 33% who think impaired driving is. As passengers in a vehicle, 20% of Canadians say they have asked a driver to stop texting or using a mobile phone while driving at least once. By comparison, 23% have told someone who is impaired not to drive at least once.

Canadians also say texting is the main cause of traffic collisions due to distracted driving (58%), followed by placing a call or talking on a hands-free device (19%), and eating while driving (14%). While distracted driving is not limited to any particular age group, millennials are more likely to end up with a ticket for the habit.

What Are the Distracted Driving Laws in Ontario?

Whatever diverts a driver’s attention from operating a vehicle is considered distracted driving behaviour. However, Ontario’s Highway Traffic Act distracted driving laws apply explicitly to the use of all handheld communication or entertainment devices while behind the wheel.

Whether you are driving, at a standstill in traffic, or stopped at a red light, it is illegal to:

It is permissible to use a hands-free wireless communications device with an earpiece, lapel button, or connected via Bluetooth while driving. You can also view GPS display screens as long as they are built into your vehicle’s dashboard or are securely mounted on the dashboard.

What Are the Penalties for a Distracted Driving Conviction in Ontario?

If you are convicted of distracted driving in Ontario, the penalties can be severe.

Novice drivers with G1, G2, M1 or M2 licences face the same fines as drivers with A to G licences, but they will not be hit with demerit points. Instead, they will be subjected to longer suspensions: 30 days for a first conviction, 90 days for a second conviction, and a third conviction will see you ejected from the Graduated Licensing System. Subsequently, your licence will be cancelled and you'll have to start over from the beginning.

Though they may be considered distracted driving behaviours, other actions such as eating and drinking, grooming oneself, smoking, reading and reaching for objects in your vehicle are not part of Ontario’s distracted driving law. However, you can still be charged with careless or dangerous driving if a police officer thinks it is warranted.

What Are the Distracted Driving Laws in Alberta?

The distracted driving laws in Alberta are similar to Ontario’s, but according to Alberta’s Traffic Safety Act, while driving it is illegal to:

What Are the Penalties for a Distracted Driving Conviction in Alberta?

The laws and penalties in other provinces and territories vary (with the exception of Nunavut, where there is no distracted driving law on the books presently). Saskatchewan may have the stiffest penalties for drivers convicted of distracted driving at the moment: a first offence will get you a $580 fine and four demerit points. Additional infractions in Saskatchewan may lead to vehicle seizures and fines ranging from $1,400 to $2,100.

How Dangerous Is Distracted Driving?

There is no text, call, or email that is so important that you should endanger your life and the lives of others around you by interacting with a mobile device while driving a car. It’s risky behaviour that can lead to an accident.

In fact, the Ontario Provincial Police say distracted driving is the No. 1 cause of car accidents in Ontario, and a 2018 white paper published by the Canadian Council of Motor Transport Administrators states 22.5% of serious injuries people suffered in Canada as a result of a collision involved some type of distracted driving.

According to the Insurance Bureau of Canada (IBC), a distracted driver misses up to 50% of what is happening around them while on the road. Moreover, IBC says 80% of collisions and 65% of near collisions involved some form of driver inattention.