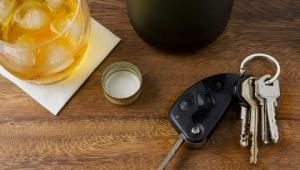 There is no question that getting behind the wheel after drinking is a very bad idea, and while most drivers are aware of this, it continues to happen across Canada every day. The cost of drinking and driving is an incredibly high one – in both human life and financially for those who are found guilty of driving while impaired. Give some serious thought to just how much it could cost you before you drink and drive.

If you are caught driving while drunk, you will be prosecuted under the laws of the province where the violation occurs. Every province in Canada has very strict and tough drunk driving laws that can lead to a wide variety of consequences. This includes heavy fines, suspension of your driving license, impounding of your vehicle, and even jail time.

And these are just the results of driving drunk and being pulled over. If you are involved in an accident when impaired, the legal cost can quickly become much more serious. Injuries or even death that occur as a result of the decision to drive while impaired compound this and can leave drunk drivers facing charges as heavy as vehicular manslaughter, facing long jail terms and the destruction of their lives.

Each province determines what legal consequences are in place for driving while impaired, but drivers can be sure that no matter where the offence happens, the law will be harsh and decisive.

You may also find yourself facing a lawsuit if you damage the property of another person if your impaired driving results in injuries or death.

Drinking and driving can result not only in an expensive fine and having to pay impound and towing fees if the car is impounded, but other financial costs as well. The legal cost of driving while impaired is only part of the financial impact on the driver.

After a DUI violation, your insurance will be impacted as well. Car insurance rates for drivers with a drunk driving charge on their record will be considerably higher than those without. If you have more than one such charge on your record, you can expect to see an even greater increase, and some insurance companies may refuse to provide coverage at all.

Drunk driving is seen by insurance companies as a very serious violation and makes the driver in question a much higher risk for the company. They will increase your premiums accordingly for a period of three years from the first renewal date after the drunk driving charge appears on your record. The amount of the increase depends on your previous driving record as well as the rules of your insurance company, but in most cases it is among the larger increases.

Of course, the incredible amount of property damage done by drunk drivers involved in accidents adds to the financial cost of drunk driving for all Canadians. Car insurance companies pay out hundreds of thousands of dollars, while the out-of-pocket expense for both the driver and the victim is often quite high as well. Your insurance company may deny some coverage if you are convicted of impaired driving.

Getting behind the wheel after drinking means you are risking not only your own life and health but the lives and well-being of every other person on the road. Innocent people lose their lives every year to accidents that could have been prevented if the driver chose not to get behind the wheel.

It’s important to remember that even a few drinks can impair judgment. While people often think that it’s only drunk driving when the person is seriously intoxicated, the truth is it doesn’t take much alcohol to slow response times and cause judgment errors that result in injuries and death. It’s simply not worth the risk even after a few drinks. If you are planning to drive, it’s best not to drink at all.

Drunk drivers have a big impact on their own lives and finances as well as the lives and finances of others. Those who are pulled over by the police are just one part of the problem; there are thousands of drivers on the road every year who don’t get caught, and eventually odds are good they will be involved in an accident that causes major damage and could even kill someone. The high cost of driving while impaired is simply not worth the risk.