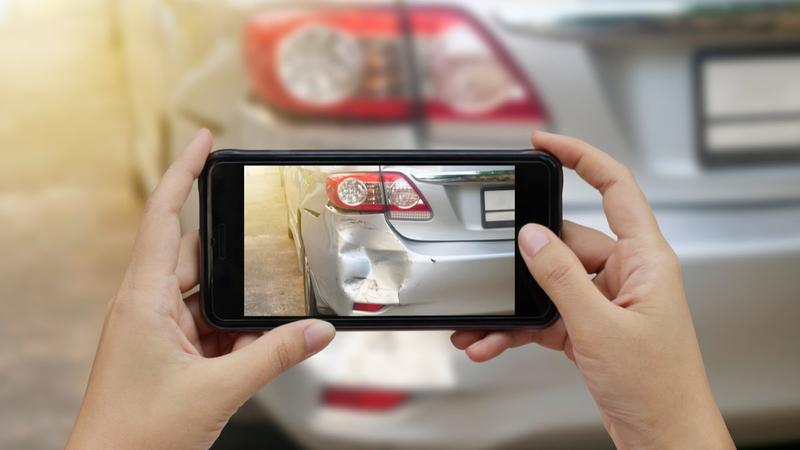 To err is human, but when it happens while driving, it often ends in a collision. And, when collisions happen, someone is always at fault because accidents are usually entirely avoidable. Someone will be blamed for causing a collision, and sometimes that blame is shared.

Who decides fault in an auto accident?

There are three degrees of fault when it comes to an auto collision. A driver may be found to be entirely without fault for causing a collision, 100% wholly at fault, or they may share the blame with the other drivers involved. But who decides?

An excellent example of the type of rules we’re talking about for determining fault in a collision can be found in Ontario. Ontario's at-fault rules (called Fault Determination Rules) detail more than 40 different collisions -- with images -- to help ensure drivers are treated equally. There are rules for vehicles travelling in the same direction, opposite direction, at intersections, and parking lots. There are others as well to cover off as many scenarios as possible.

Some collisions are more common than others. Let’s start with what’s likely the most common type of collision there is: where one driver rear-ends the vehicle of another driver. It’s so common, the rules detail a variety of scenarios of the same type of collision. Here’s just a sampling:

1. You're motoring along, and traffic ahead of you slows down. You slow down as well. Then, BAM! The driver behind you rear-ends your car. It's only you and the other driver involved.

Who is at fault? The driver who rear-ended your car is 100% at fault for the collision.

2. You're driving along and come upon a red light. There's already a car stopped ahead of you in the lane. You stop, no problem, but the driver behind you doesn't. CRUNCH! Just your luck! You've been rear-ended, which then causes you to rear-end the car in front.

Who is at fault? The driver who rear-ended your car is 100% at fault for the collision. For both you and the driver you ended up rear-ending, it's a not-at-fault accident.

3. Your GPS tells you that you've got to take the next left. You signal and begin to slow down. There's a car coming in the opposite direction; you can probably make the turn, but it looks like they are coming on fast, so you decide to wait. Better safe than sorry, right? Suddenly, CRRRACK! Clearly, the driver behind you thought you were going to make the turn too and rear-ends you.

Who is at fault? The driver who rear-ended your car is 100% at fault for the collision.

5. That darn GPS! Your GPS has steered you in the wrong direction (again). You should have turned left five streets back. You decide to do a U-turn; there's no one coming in the opposite direction, and there's no one in your rear-view mirror. As you swing around, though, a car from a side street approaches and doesn't realize you're doing a U-turn, and you don't see them either. WHAMMM! You hit the car.

6. You're motoring along the highway (doing the speed limit, of course) when out of nowhere—it seems—you see everyone frantically hitting their brakes; there's screeching and the sound of metal on metal. It happens so fast, and the next thing you know, you're in a 10-car pile-up.

Who is at fault? Regardless of whether you hit one car in the pile-up or three cars, every driver involved in the collision will be 50% at fault for each collision in which they’re involved.

Pulling out onto a street from a driveway

7. You're driving along, minding your own business when SLAM! A car, coming out of someone's driveway, clips the back corner of your car. There is no reason why you needed to stop and let them in; there's no stop sign or light.

Who is at fault? The driver who clipped you is 100% at fault for the collision.

8. Admittedly, you like to hug the line while driving, but apparently, so does the driver on the other side of the road. Suddenly, BANG! Your car has been sideswiped (or perhaps, you've just sideswiped the other driver's car). Regardless, you've both just lost your side-view mirrors.

Who is at fault? You'll both be attributed 50% fault for the collision since you were both hugging (but not over) the centre line.

9. While driving, you suddenly are overcome with a wave of nausea. You pull over to the shoulder of the road and get out just in time to avoid making a mess in your car. Unfortunately, in your haste, you've left your car door wide open, and a car hits your car door, taking it off its hinges.

Who is at fault? You are 100% at fault for the collision. Anyone who leaves a car door open that then results in a collision is 100% at fault.

Backing up or reversing

10. You're backing up out of your driveway when another car coming down the street rear-ends you. They rear-ended you, so they're at fault, right? Wrong.

Who is at fault? You are 100% at fault for the collision. Anyone who, while backing up their car, ends up in a collision is deemed to be wholly at fault. (This is true in parking lots too.)

An at-fault collision can be a costly mistake. It takes about six years for a collision to no longer factor into the premium you pay. However, some insurance companies are more forgiving than others. If you have an at-fault collision in your history, don’t settle for the auto insurance rate you are currently paying. You could do better. Shop your rate today for your lowest car insurance premium at InsuranceHotline.com.