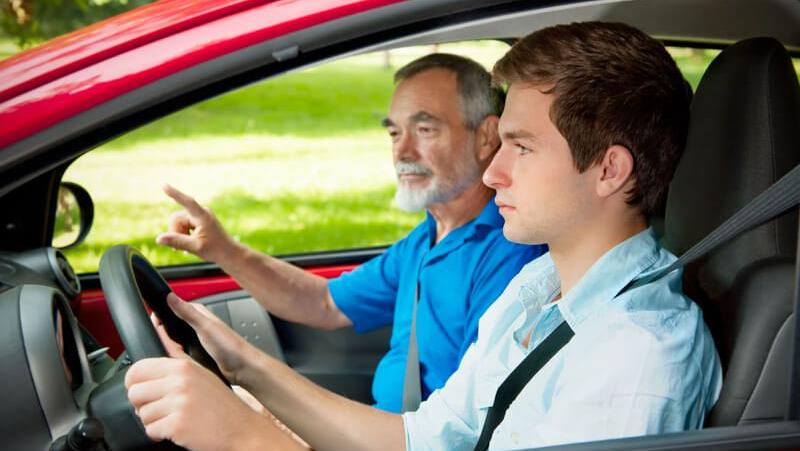 The G1 licence is Ontario’s first level in a graduated licensing system that allows new drivers to slowly learn the rules of the road and work their way up to a full driver’s licence. During the G1 driving period, there are several rules that all drivers must adhere to.

These guidelines are in place to allow new drivers to learn and become better drivers, while avoiding some of the more advanced driving conditions that can be dangerous for inexperienced drivers.

G1 licence restrictions must be followed at all times; failure to abide by G1 rules can result in a 30-day licence suspension. That means it will be a longer period of time before you are able to take the G2 test and move on toward becoming a fully licensed driver. So, it’s important to follow these rules every time you get behind the wheel.

A fully licensed driver must be in the passenger seat

Whenever a G1 driver gets behind the wheel, they must be accompanied by a driver over the age of 18 who has held their full, unrestricted licence for at least four years. In Ontario, this person would be a driver who has held a full G licence for four years or more.

The driver in the passenger seat must be prepared to take over driving if necessary. That means they must maintain a blood alcohol level under the legal limit — in Ontario that limit is .05%. There can’t be anyone else in the front seats of the vehicle other than the G1 driver and their fully licensed companion.

No driving between midnight and 5:00 a.m.

G1 drivers are required to stay off the road between midnight and 5:00 a.m. These hours can be the most likely time for a new driver to have an accident. Darkness, fatigue, and alcohol are all contributing factors to the higher risk level for all drivers, and thus an even higher risk level for an inexperienced driver.

You must have a 0% blood alcohol level

A G1 driver can’t have any alcohol in their system when behind the wheel, even if that driver is of legal drinking age. All G1 drivers must always have a 0% blood alcohol level when driving. That means driving completely sober.

All passengers must wear a seat belt

The number of passengers in the car can’t exceed the number of seat belts in the car. This is a rule that all drivers must follow, but is especially important for Ontario G1 licence holders to remember in order to avoid any distractions while driving.

No driving on 400-series highways

The only time a G1 driver can drive on any 400-series highway is if there is a licensed Ontario driving instructor in the vehicle’s passenger seat. Aside from this one exception, G1 drivers must stay off these highways, where high speeds create a greater risk to an inexperienced driver and those around them.

G1 driving rules are in place until you pass your G2 licence test. You can take that road test after 12 months without a violation of the G1 rules. That time can be reduced to eight months if you pass a government-approved Ontario driver education program, allowing you to advance to the next level sooner and lift the G1 licence restrictions.

The conditions of your G1 licence are part of the process of getting your full licence. If you break the rules, you could face a licence suspension and a ticket. Beyond that, you are likely to find that your insurance cost will be higher when you do get that G2 licence if you already have violations on your driving record. New drivers are already subject to some of the highest car insurance quotes due to the risk they pose, and insurance companies see them as an even higher risk if they already have a ticket.