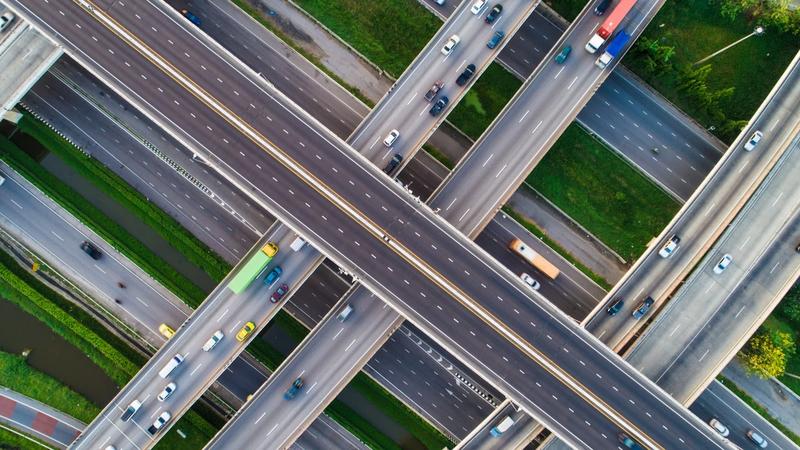 For pedestrians in Toronto, navigating construction site fences and dodging roadwork is par for the course; an inconvenience that is easily traipsed through cleaver meandering. But from the driver’s seat, Toronto’s continuous reinvention (to euphemize the obviously frustrating road development that bottlenecks traffic like herded cattle) moves at a glacial pace.

That’s why the city’s closure of sections of the commuter-favoured route – the Gardiner Expressway – has elicited more than a few grumbles. About three kilometres of the 60-year-old expressway have structural issues, and officials suspect this span of road will become unsafe in the near future if ignored. Adding to the urgency are incidences of falling chunks of concrete that have done some damage over the past two years, at various points along the expressway.

The rehabilitation work will cost the city and taxpayers around $100 million but there are other long-term effects for drivers: increased commutes and wear and tear on vehicles as a result of the torn up roads and frequent start and stop traffic, to name just a few.

The Low-Down On The Highway

The work to be done on the Gardiner, can basically be broken down into three projects:

What Does It Mean For Commuters?

It’s been speculated that closing portions of the major artery will add upwards of 30 minutes to commutes and some GO Transit routes.

City officials are asking commuters to find other options– be it transit, carpooling or travelling outside of the typical rush-hour time frame – to help reduce bottlenecks and the strain on the aging raised highway. In fact, the half hour prediction by officials presupposes a best-case scenario where 30 to 40 per cent of drivers take action and find other routes.

See how your commute stacks up. An InsuranceHotline.com survey and infographic took a deeper look at the effects of commuting in Canada.

How Your Commute Affects Your Auto Insurance

Commuting everyday to work does impact your auto insurance, but it’s actually the distance travelled, not the time spent in the car, that’s factored into your premiums. So while increased traffic on the already busy alternate routes and the potential rush-hour chaos could make for long and unpleasant driving conditions at times—it won’t increase your rates. In fact, if you plan on changing how you get to work each day and park the car in the driveway to take public transit, you could actually lower your auto insurance. Worth considering, given the two years of headaches that Toronto commuters are going to be facing.