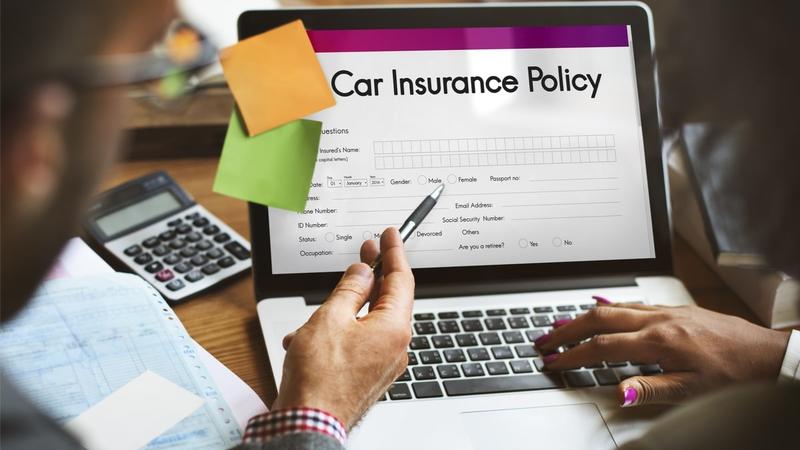 Honesty may be the best policy, but it’s a policy many drivers ignore when applying for auto insurance.

A survey by carinsurance.com found that about one-third of respondents have lied to their auto insurance provider.

The online survey asked 2,000 American drivers if they had ever supplied wrong information or left details out intentionally when applying for coverage—and, for 34 per cent of the drivers surveyed, the answer was yes. The survey also found, when it comes to filling out a car insurance application, men lie more than women, and people under the age of 30 were three times as likely to provide wrong information, compared to older drivers.

The number one detail that drivers confessed to lying about was their annual mileage, with 36.3 per cent admitting they fudged the numbers. This is followed closely by fibs about where the car is parked, at 32.4 per cent. Other popular fibs drivers tell car insurance companies include:

Sixty-three per cent of those who lied on their car insurance application said they did so as a cost savings measure, and more than 40 per cent were caught.

Does it all start with a lie?

If you're willing to lie on an application, is it much of a stretch to think you'd lie on a claim? A different poll by InsuranceHotline.com, which examined Canadians’ attitudes towards insurance fraud, showed that Canadians are mostly honest customers. The poll found only 12 per cent of Canadians say they’d put unrelated damage on an auto claim, and 11 per cent admit they would inflate the value of items stolen from their vehicle.

Insurance fraud in Canada costs us all. The insurance industry says Canadian policyholders pay $1 billion a year to cover the cost of fraud; and it is said that at least 15 per cent of what you pay for your insurance goes to cover fraudulent insurance claims.

Do the right thing

Insurance companies do, to a certain extent, rely on the testimonies of others to assess whether a claim is real or not. InsuranceHotline.com’s poll found that 60 per cent of Canadians would report an accident or claim they thought was part of an insurance scam. When it comes to snitching on our neighbours, Canadians aren’t quite so forthcoming; the same poll found that just 24 per cent would report a neighbour they believed was lying on a claim.

Lying on an insurance application or claim can cost you more than just higher premiums; if you get caught, it’s game over.

If your insurance provider discovers you lied on an auto or home insurance application, they can cancel your contract. If you’ve lied on a claim, your provider can reject it and you won’t see a cent of insurance money. It’s called a ‘non-disclosure’ cancellation, and it goes on your record for three years. Within that time, you can’t buy insurance through the regular market. That means you’d have to turn to high-risk insurers, and their premiums are much more expensive.

Most drivers who responded to carinsurance.com’s survey say they lied to save money; 40 per cent say their insurance provider caught them and most had their policy cancelled. For some, 7.6 per cent, their insurance provider sued them as well. It may be tempting to supply false information to save money, but it often comes with a far greater price tag than telling the truth.

1,457 reviews on TrustPilot. See some of the reviews here.

0 years ago Murray Baker
Easy and immediate action. I did a quick check to see if adding another car to my policy was more efficient than insuring separately. I had good quotes within minutes .... gave me a good reference amount for negotiating furEasy and immediate action.ther. Was call several minutes later to determine if I wanted to take any action immediately. All in all a very pleasant experience. Earl Perry

0 years ago Earl Perry
I have been with the same insurance… I have been with the same insurance company for 57 years. I have had no accidents since 1970, no tickets since 1989, but my rates keep going up. I asked InsuranceHotline for comparison rates. My insurance company was the 3rd lowest. The lowest was $450 per year cheaper. Armed with these figures I will approach my agent to see if he can sharpen his pencil, If not, Bye,Bye.

0 years ago RUSSELL NEWMAN
Powered by