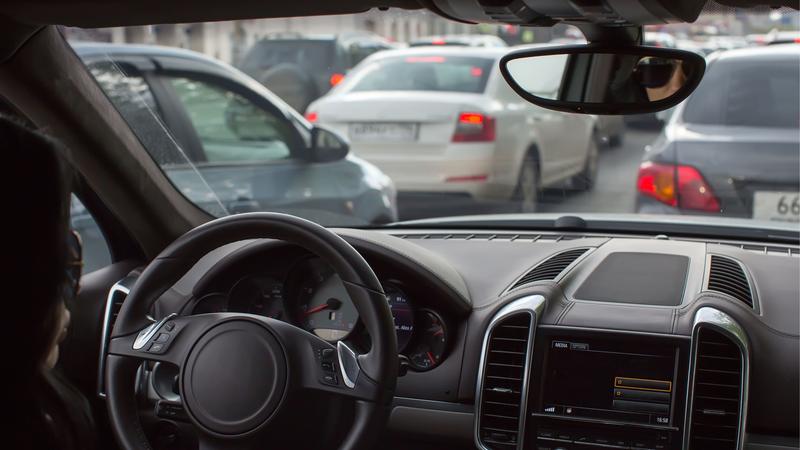 If you commute daily, you might have concerns about a staged car accident or premeditated insurance fraud. A staged collision is no accident. Deceptive drivers might try to purposely cause an accident and if you’re unaware, you can find yourself part of a fender bender you didn’t cause. Even if you’re a good driver, scammers have expert ways to cause accidents for big insurance payouts. Here’s how to protect yourself when you’re driving. And importantly, how to recognize a potential staged accident or fraudulent insurance activity so you can report it.

New drivers and experienced drivers need defensive driving skills to detect premeditated car accidents. For even the best drivers, a staged accident can happen suddenly. Scammers might purposely cause an accident so they can commit insurance fraud. It puts the public at risk and it can affect other drivers, pedestrians and the elderly. And, because payments are made for fake claims, auto insurance premiums rise.

"Auto insurance fraud is a serious crime that costs Canadians billions of dollars each year,” said the Insurance Bureau of Canada’s Garry Robertson.

“It's an illegal, organized big business, largely unknown to consumers, that siphons resources away from our health care system, ties up our emergency services and courts, and drives up insurance costs.

“Insurers and their partners are already playing a significant role in reducing instances of auto insurance fraud. However, it is important that consumers know what to look for and to avoid becoming victims."

When to Call the Police and Why It Matters

In Ontario, you have to contact local law enforcement if it looks like damages will total over $2,000. You also have to let them know if an accident damages a road or nearby property like a stop sign. You should contact the police if you suspect the other driver has used alcohol or drugs. Or, if you believe the accident was staged.

If you suspect a staged accident, reporting it to the police is important. Even with minor collisions, the other driver might exacerbate their injuries and damages later on. The accident report serves as legal documentation over what occurred and who is at fault. It should include the names and phone numbers for everyone at the scene. You'll also want to document the officers' badge numbers and get their phone numbers if you remember additional details after the accident.

Examples of Staged Accidents and How to Avoid Them

There are different ways a driver or drivers might try to stage an accident. Here are a few tips to help you:

Staged Rear-End Accident - The Swoop and Squat or Panic Stop

A driver or drivers might try to get you to rear-end their vehicle by suddenly slamming on the brakes. This is also called the swoop and squat because one driver will intentionally get in front of you with another driver alongside, boxing you in. The driver in front slams on the brakes and you cause damage to both vehicles.

A driver or drivers cause a minor accident and claim you’re at fault. There may be more than one victim and there may be several witnesses. The driver and passengers will seek large insurance payouts by reporting injuries and damage that don’t exist. Let’s look at an example.

An Ontario driver was hit by another car with a passenger. They immediately started complaining about back and neck-related pain. The concerned driver took pictures at the scene that were used in court. Turns out the scammer and his passenger stated the airbags deployed and this was included in the accident report. But, the pictures showed they didn’t inflate. Only the story was inflated.

This type of staged accident can sometimes be hard to avoid in advance. But, you can take pictures at the accident scene and video if you can do so without causing a confrontation. There may also be surveillance from nearby businesses that show the accident and severity of the damage.

A driver might wave you on so you can make a left turn. A car might pass in front of you hoping you won’t brake in time. And, if you do brake to avoid an accident, another vehicle might intentionally crash into you. But, why would a driver intentionally cause damage?

A probe in Southern Ontario uncovered a crime ring that had taken part in over 40 staged accidents. The suspects purchased salvaged cars they had refurbished. They then set up fake accidents and filed huge insurance claims. Investigators found that medical clinics were alleged to have taken part in the scams. The suspects also reported fake replacement values all to scam their insurance companies.

Take caution when someone waves to you that it’s safe to turn left and look both ways. If you see a vehicle accelerating to try to hit you, alert the police when they arrive. Pay attention to a driver's injuries after an accident. Do they or their passengers suddenly mention severe symptoms when the police showed up?

Other Types of Insurance Fraud

There are other ways someone might try to get you to commit insurance fraud.

A fraud collaborator: Someone at an accident scene might recommend their auto body repair shop or tow truck driver. They may also make recommendations about healthcare professionals to you.

A paid referral: Someone might try to pressure you or pay you to use a certain body shop, tow truck driver or lawyer. They might even offer you money to use their healthcare provider.

How to Report Insurance Fraud

If you think an accident was caused intentionally or staged, you can help in reducing insurance fraud abuse.

Never take part in a staged accident or insurance fraud. If your insurance premiums are high, don’t look for a fast payout. Insurance fraud can land you in jail. Instead, compare insurance rates online and look for insurance discounts to help lower your premiums.

Staged car accidents and insurance fraud affect everyone and they cause insurance premiums to go up. If you suspect someone of insurance fraud, let your local authorities know. When driving, pay attention to other drivers. If you're in an accident, take pictures and videos if you can without causing a confrontation. These are just a few ways to safeguard yourself on the road. For help with auto insurance, contact InsuranceHotline.com.

4 days, 8 hours ago David
Auto insurance You were prompt to respond but unfortunately all your quotations are surprisingly very high