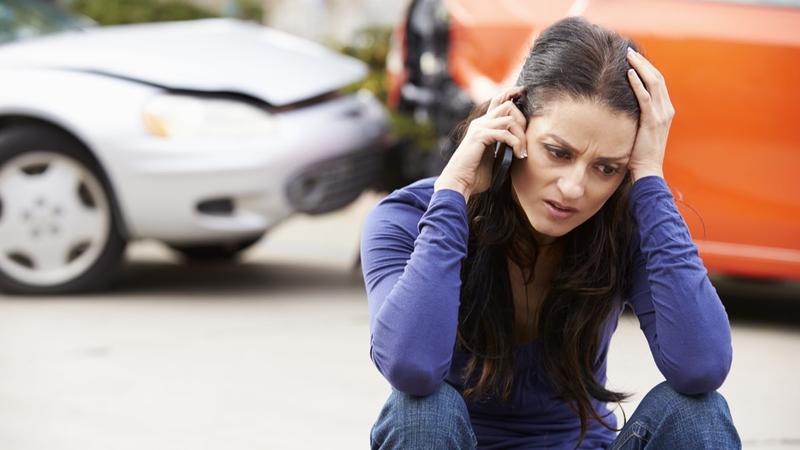 No matter where you reside in Canada, if you drive a vehicle, it is illegal to drive without car insurance.

Each province handles insurance differently. In some provinces, it's government-run (known as public insurance), while in others it's government regulated (known as private insurance). Nevertheless, the law remains the same: if you're caught driving in Canada without auto insurance, you will face expensive fines. A driving-without-insurance conviction will also have a significant impact on your insurance premium.

If you’re involved in a car accident, and you are not insured, the consequences and costs are more severe.

What are the fines and penalties for driving without insurance in Ontario?

The fines and penalties for driving without car insurance vary across the country.

Although no demerit points are involved, the penalties upon conviction are severe:

In Alberta, being convicted of a first-time offence for driving without insurance will cost you anywhere from $2,875 to $10,000. Although no demerit points are involved, if you don’t pay the fine, you could face up to six months in jail. A second conviction of driving without insurance in Alberta within five years of the first conviction may result in fines ranging from $5,000 to $20,000. Failing to pay that amount could land you in jail for up to six months.

What happens if I drive a vehicle that isn't mine without insurance?

Before you borrow anyone’s vehicle, always confirm they have a valid, active insurance policy on that car before getting behind the wheel.

What does a standard car insurance policy in Ontario cover?

There are four parts to a standard, or mandatory, car insurance policy in Ontario. They are:

The second part is medical rehabilitation and attendant care benefits for both non-catastrophic ($65,000 limit) and catastrophic injuries ($1 million limit). Both of these limits can be increased up to $2 million.

The third part is called caregiver benefits, and it applies only to those with catastrophic injuries who provide full-time care to dependents but may no longer be able to do so. At a minimum, it provides a maximum of $250 per week for the first dependent and $50 per week for each additional dependent, both of which can be extended.

There is also housekeeping and home maintenance expenses coverage for those with catastrophic injuries that provides a minimum of $100 per week if you need to hire someone to help with the upkeep of your home. This benefit can also be extended.

The fifth portion of your accident benefits coverage is death and funeral benefits. At a minimum, your spouse receives $25,000 if you are killed, and each of your dependents receives $10,000. There is a maximum of $6,000 available for funeral expenses. You have the option of upping these benefits to $50,000 for your spouse, $20,000 to each dependent, and $8,000 for funeral expenses.

You have the option to increase the coverage limits on your policy. Getting into a car accident is not cheap whether it’s your fault or not. Take the time to review your existing policy, talk to your broker or insurance company, and get their recommendation as to whether or not you should increase your coverage.

How does a driving-without-insurance conviction affect insurance?

The fines and penalties for driving without insurance coverage in Ontario are tough, and they stay on your driving record for three years. But, brace yourself: the effect such a conviction may have on your insurance record may prove more costly.

Insurers tend to view a driving without insurance conviction as seriously as an impaired driving conviction. It is possible any of the following could happen:

What happens if you get into an accident without car insurance?

If you get into a collision and you don’t have any insurance coverage, you’re in a world of trouble. For starters, you will be on the hook financially to pay for all the damages to your vehicle as well as any other vehicle(s) involved in the accident – even if you’re not at-fault for the collision.

That’s the best-case scenario. Car accidents tend to injure people, sometimes severely, or cause death. The cost of medical rehabilitation for someone injured in an accident may not be cheap, and in some cases, the injuries someone suffers may be life-altering.

As a driver without insurance, you could face expensive lawsuits. The injured people as well as their insurers may come after you through the courts to recoup their financial losses and legal fees. Those costs could run into hundreds of thousands of dollars, and without insurance, you may be forced to declare bankruptcy.

Moreover, if you are uninsured and are injured in a car accident for which you are not at-fault, you cannot sue the at-fault driver for damages. That leaves you footing the medical bills for your rehabilitation.

What happens if you’re in an accident with an uninsured driver?

If you get into a collision with another motorist who does not have insurance, but you are insured, there’s no need to fret.

One of the coverages in a standard auto policy in Ontario is called “uninsured auto”. It protects you from this circumstance, but it has a limit of $200,000 for damage to your vehicle minus a deductible (the amount varies in other provinces). However, you can increase the limit on this coverage. Also, uninsured auto coverage protects you in the event you are involved in an accident with a hit-and-run driver. Your insurance company will pay for the damage to your vehicle, any injury you suffer, and any other expense related to the claim.

However, if you have additional coverage such as collision or upset coverage, it will kick in up to the liability limit. Though collision coverage usually provides funds for damage to your vehicle if you’re at-fault for an accident, most insurers will payout for repairs to your car damaged by an uninsured motorist.

What happens if an uninsured driver flees the scene of an accident?

Uninsured (and unlicensed) drivers might flee the scene of an accident. It’s not a smart move to do so. Like driving without insurance, failing to remain at the scene of an accident (often called a hit-and-run) is illegal and comes with serious consequences. You could be charged under your provincial highway act, or you could be charged under the criminal code.

In Ontario, for example, drivers found guilty of fleeing the scene face incarceration for up to six months, risk losing their driver’s licence for two years, and face fines ranging from $200 to $2,000 — not to mention accumulating seven demerit points. Drivers found guilty under the criminal code may face jail time of up to five years.

If the driver had auto insurance, they would likely face a significant premium increase. In more severe cases, the insurance company could cancel the policy altogether.

However, if the driver didn't have insurance, it will be challenging for them to find a provider afterward. And if they do, they can expect hefty premiums as these convictions will stay on their insurance record for at least three years.

All convictions go on a driver’s record, which means each insurer as well as other provinces have access to this information. For Ontario drivers, the states of New York and Michigan also have access to driver history due to a reciprocal agreement made between the province and those two states.

What happens if an uninsured driver seriously injures you?

Suppose you are in a collision with an uninsured motorist and are severely injured. In that case, the accident benefits portion of your policy will cover your medical expenses up to a limit of $200,000 on a standard insurance policy.

You can also add optional protection to your policy to safeguard against this type or risk. Known as the family protection endorsement, in Ontario it’s called Ontario Policy Change Form 44R, and in Alberta, it’s called Standard Endorsement Form 44. Both are designed to protect you and your family if you are seriously injured in an accident by an uninsured driver or as a result of a hit-and-run.

The value of being legally insured

Accidents can happen at any time to anyone, including safe drivers. Ensuring you have adequate car insurance coverage is the best way to protect yourself, your family, and vehicle as well as others around you.