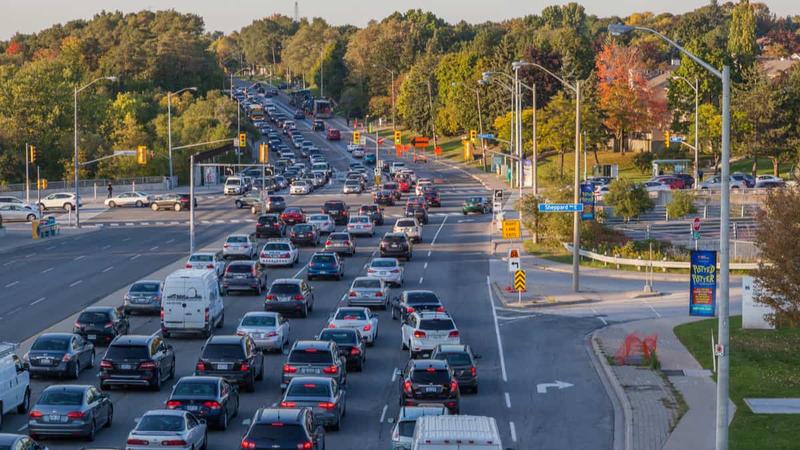 To kick off the next phase of the City of Toronto’s congestion management project, Mayor John Tory recently announced further plans to improve traffic flow and safety for motorists, cyclists and pedestrians.

The City plans on making changes to 10 of Toronto’s most congested intersections by using measures like:

"The number one priority for Toronto residents is their ability to move around this city quickly and safely," said Mayor John Tory. "Targeting these intersections with common sense solutions is a low-cost, high-impact initiative to get people moving while ensuring public safety."

Tory also unveiled the 10 specific intersections that were identified as congestion hotspots in need of improvement:

"The presence of officers has led to a reduced number of prohibited turns because people are not as inclined to do the prohibited turn when there is a police officer present and the officers have been better able to manage people going into the intersection too late," Tory told reporters Monday morning as reported by CP24.

No matter if you’re driving, walking or biking, traffic in Toronto is a part of life. As unbearable as it may be at times, follow these tips so everyone can make it to their respective destination safe and sound.

Be mindful and take extra caution

During peak hours when traffic is at its heaviest, it’s best to expect the unexpected as motorists, cyclists, and pedestrians alike crowd the streets. Always use your turn signals, accelerate slowly, maintain a steady speed, and constantly check your mirrors and blind spots.

It’s easy to get bored during stop-and-go traffic, but this does not mean it’s time to eat, check your phone or groom yourself. Always stay focused on the task at hand whether you’re driving, cycling or walking. During rush hour, a few seconds of distraction can make a huge difference on your reaction time and can pose a threat to your safety and the safety of those around you.

Rush hour can feel stressful and become a source of anxiety when all you want to do is get to your destination. Make sure you give yourself enough travel time so you don’t feel rushed or pressured to make illegal moves.

Crack down on your auto insurance rate

While the City continues to crack down on traffic congestion, is it time to crack down on what you pay for auto insurance? On average, InsuranceHotline.com shoppers save $700 by comparing rates. Make sure you’re getting the best deal out there, and shop around for your car insurance coverage today.