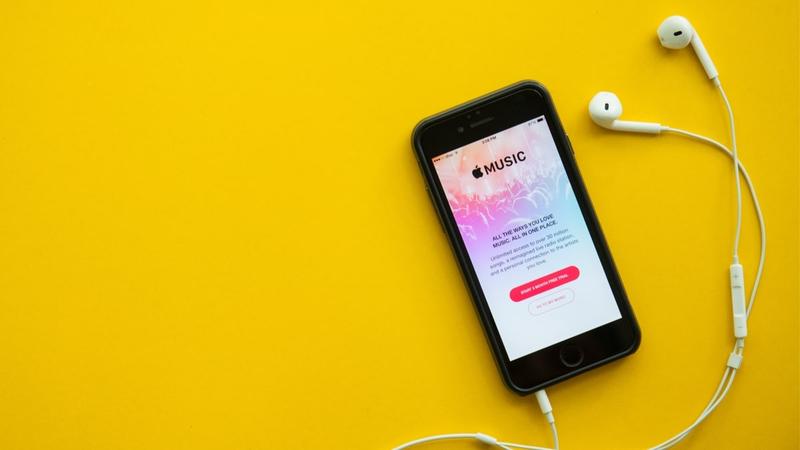 It's that time of year again when we start making plans to visit relatives for the holidays! If you’re like me and your relatives don’t live close by, you’ll want to make sure that you’ve got some entertainment during those long drives through the country. However, sometimes the radio just won’t cut it. Surfing from station to station trying to find the type of music you want just isn’t fun – and yet, we do it all the time.

Fortunately, there is a solution! We’ve researched the world’s most popular music streaming services and featured the top 5 we think rock.

Turn on and tune in!

Rdio, founded in 2010, has over 20 million tracks in its catalogue. Entertainment Weekly recently gave the app an "A" and said, "Rdio has by far the best app and online interface". The top mark is earned with good reason: Rdio is easy to use, quick to download and has a number of useful features, such as "Sync to Mobile", where you can sync your favourite music to your mobile device for offline listening.

Rdio uses a freemium model, where the first six months are free (web only) after which you can sign up for a web only subscription ($4.99 CAD/month) or an unlimited web and mobile streaming subscription ($9.99 CAD/month). Rdio is also the only music streaming service to have a family planThe Rdio app is available as a free download for iOS devices (iPhone, iPod Touch and iPad), Android, Blackberry and Windows Phone from rdio.com/apps.

Deezer, based in Paris France, boasts 25 million tracks in its catalogue and is Rdio’s biggest competitor in the music streaming industry. Launched in 2007, they had a bumpy start when they were shut down in April of that year for copyright infringement. After relaunching in August of 2007 with an agreement to pay copyright holders with advertising revenue from their site, they’ve grown to over 10 million users around the world.

Deezer uses a subscription model similar to that of Rdio: Their "Discovery" plan is free for 6 months after which you get 2 hours of free listening each month. Their Premium and Premium+ plans are free for 15 days, then cost $4.99 and $9.99 CAD/month respectively. The latter includes mobile streaming. Deezer can be downloaded for free for iOS devices (iPhone, iPod Touch and iPad), Android and BlackBerry from deezer.com.

Songza is 100% free with no listening limits. Notable investors include Scooter Braun (Justin Bieber’s manager) and Gary Vaynerchuk of Wine Library TV fame. Songza includes a "Music Concierge" that recommends music based on specific situations (waking up, going out with friends, working, etc).

Songza can be downloaded for free for iOS devices (iPhone, iPod Touch and iPad), Android and BlackBerry from songza.com.

Like Songza, 8tracks is a free music streaming service, but with a unique twist. Instead of a collection of albums, 8tracks gives their users a platform to create short playlists containing at least, you guessed it: 8 tracks. The results range from sappy to reflective to upbeat.

8tracks can be downloaded for free for iOS devices (iPhone, iPod Touch and iPad), Android, BlackBerry and Windows 8 from 8tracks.com/apps.

Slacker uses a three-tiered subscription service. Their free option allows users to stream any of the millions of tracks in their catalogue as well as stream their pre-programmed stations. You can also use any device you’d like to listen to their music.

Their paid options range in price from $3.99 CAD/month to $9.99 CAD/month and allow for additional benefits such as no commercials and offline listening. Slacker goes beyond mobile apps, and can be found in certain vehicles manufactured by Acura, Chrysler, Ford, Honda, Scion, Subaru and Tesla. Slacker is also compatible with in-home devices like Roku and Sonos as well as the Microsoft Xbox gaming console.

Some Important Notes About Streaming Music

As music streaming can use up a fair amount of mobile data, check with your mobile service provider about bandwidth caps and any extra fees you may incur by using mobile data to listen to music online. You don’t want you to be surprised with a big bill at the end of the month!

And perhaps even more importantly, no matter what music you’re listening to, stay focused on the task at hand. Although talking on cell phones and GPS’s have received most of the distracted driving attention in the news, playing with your music device while driving could lead to a fine as well. Stay safe, drive focused and enjoy the tunes responsibly. A distracted driving fine, or worse a dangerous driving charge, could cost you more in insurance premiums than any data charges on your phone bill.

Have you subscribed to a music streaming service not listed here? Tell us about it in the comments below!

1,687 reviews on TrustPilot. See some of the reviews here.

17 hours ago Vik Singh
Easy to use and great customer service! I received a range of quotes arranged in cost order. The customer service was very helpful and efficient, answering my questions.

0 years ago Anne
Powered by