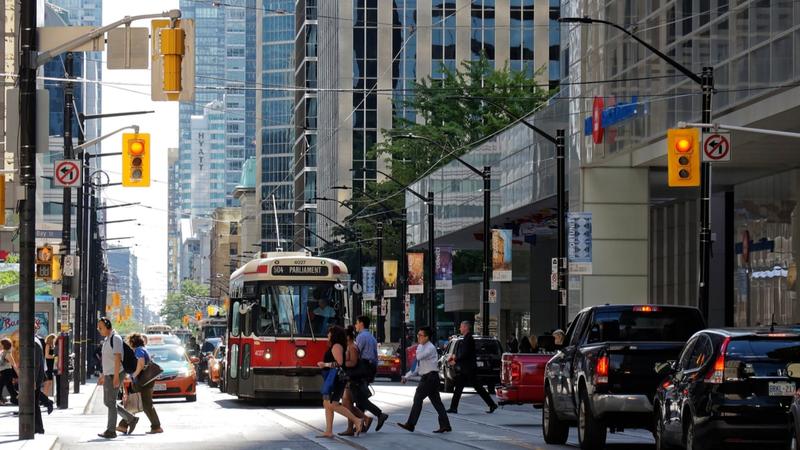 If you drive through one of the busiest intersections in Toronto during the morning or evening rush hour, chances are you’ll spot something new: traffic agents.

Introduced recently to the city’s busiest intersections, the traffic agents are there to manage the flow of traffic to help keep drivers, transit buses, cyclists, and pedestrians safe and reduce collisions.

As per the city’s Traffic Agent program, a total of 16 agents are designated as special constables, which means they are empowered to issue tickets for any violations under Ontario’s Highway Traffic Act. Drivers, cyclists, and pedestrians who disobey traffic signals can be fined by the agents. For any motorist who is charged with, for example, running a red light, a conviction for such an infraction will go on your driving record and may increase your car insurance premium.

Which Toronto intersections have traffic agents?

The agents, who wear fluorescent yellow jackets or vests and are dressed similar to police officers, are assigned to 11 major intersections in the city. Changes may be made as to which intersections they will monitor based on traffic patterns. As of November 18, the intersections where agents will be stationed include:

“Traffic agents will make a difference on our streets. These agents have been proven as an effective way to keep traffic moving by ensuring motorists, cyclists, and pedestrians comply with traffic signals,” said Mayor John Tory in a statement. “I look forward to seeing the new agents actively managing traffic at key locations in the city.”

What happens if I am ticketed by a traffic agent?

If you are ticketed for an infraction by a traffic agent, you face the same fines as those issued by a police officer. A conviction for an infraction will remain on your driving record for three years, any demerit points you get for two years, and it could increase the cost of your car insurance at renewal.

However, the goal of the agents is to increase safety and reduce congestion, the city says. The agents will do this in a few ways:

For motorists, your best bet is to drive defensively and obey the rules of the road to avoid being ticketed. The city also provides drivers, cyclists, and pedestrians with the opportunity to file a complaint about the traffic agent program if they have any concerns.