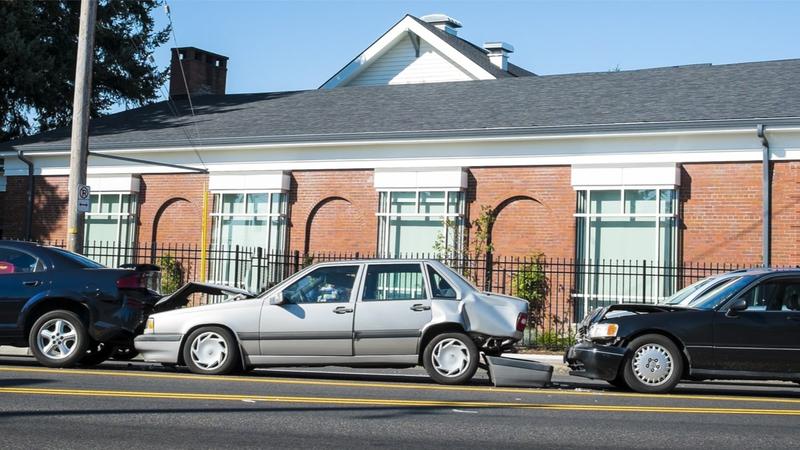 This winter has seen its share of truly unique traffic accidents and incidents. On the morning of March 3, 2014 Toronto's Gardiner Expressway and Lakeshore Boulevard were both closed for several hours due to a cube van carrying two liquid propane tanks catching fire. In October of last year, an SUV hit several other vehicles, drove into a store and then finally hit a utility pole causing a 17 car pileup in Mississauga. Most significantly on February 27th, there was an incredible 96 car pileup on Highway 400 just south of Barrie. A sudden and massive snow squall is believed to be the cause of the accident as it dramatically decreased visibility for all drivers. Thankfully, nobody was killed or even seriously injured in any of these accidents. Due to the unique and uncommon occurrences of multiple car accidents, many people aren't aware of the recommended safety precautions that need to be taken or the insurance implications that come later.

What do I do seconds after the accident?

Before doing anything, make sure that everyone in your car is alright. If you and your passengers are all okay, resist the urge to get out of your car and check on the passengers of other cars.  In a multiple car pile-up you don't know if the accident is actually over. Unfortunately, many people over the years have exited their cars thinking an accident was over when they are suddenly struck by another vehicle. Do not leave the car and make sure your seatbelt is fastened in case your car is struck again. You should leave your vehicle only when a public official tells you that it is safe to leave. Additionally, make sure your hazard flashing lights are turned on.

It is now safe to leave my vehicle, what should I do now?

Before doing anything, it is recommended that you get checked out by paramedics for any potential injuries. You could be injured without realizing it due to shock. Once you are given the okay, it is time to document everything for insurance purposes. Write down or record on a cell phone everything that you remember about the incident. By the time you're reporting the incident to your insurance company, you may have forgotten details of the accident. Take note of everything while it is still fresh in your memory. Take multiple photos of your car and the other cars around you. Any evidence that you provide to your insurance company will help in piecing together the story and determining who is at fault.

Who is at fault in a multiple car accident anyway?

Multiple car accidents can be difficult to properly assess due to the number of cars involved. Multiple car pileups are usually a case of several cars rear ending each other. Typically, rear ending accidents are easy to figure out. The person that does the rear ending is almost always at fault. It is up to the driver to always be attentive and to keep a safe distance from the next car to allow time to react in case something happens. Even if the car in front slows down or stops entirely, it is still your responsibility to allow enough space to avoid colliding into that car. In multiple car pileups, it is slightly more complicated than that. If you are pushed into another car by someone else rear ending you, you may  not be to blame. In fact, the person who rear ended you may be responsible for the damage of all three cars. It may also be determined that all drivers were following too closely to the vehicle in front and any driver who rear ended the vehicle ahead of them may be found to be at fault if all cars were in motion at the time of impact. The question is, who hit who first? Did you hit the lead car first? If so, you are to blame. But if you only hit that lead car because you were pushed into it by another vehicle, you may not be held liable. In a case of a massive 96 car pileup caused by extreme weather, it only gets more confusing and complicated to determine what happened.  This is why it is so important to document as much of the accident as you can in order to help the police and insurance adjusters  solve this complicated case. Consult the experts and talk to your insurance providers immediately.

How do I prevent getting in a multiple car pileup?

Almost all accidents can be prevented by keeping a safe distance between each vehicle and by staying attentive to the roads at all times. Do not let cell phones or anything else distract you for even a split second. If the weather conditions get bad you must either drive more slowly and carefully, or get off the road completely. Staying alert and safe is the best way to avoid accidents.

As always, consult your insurance provider with any questions you may have about traffic accidents and  your specific auto insurance policy.