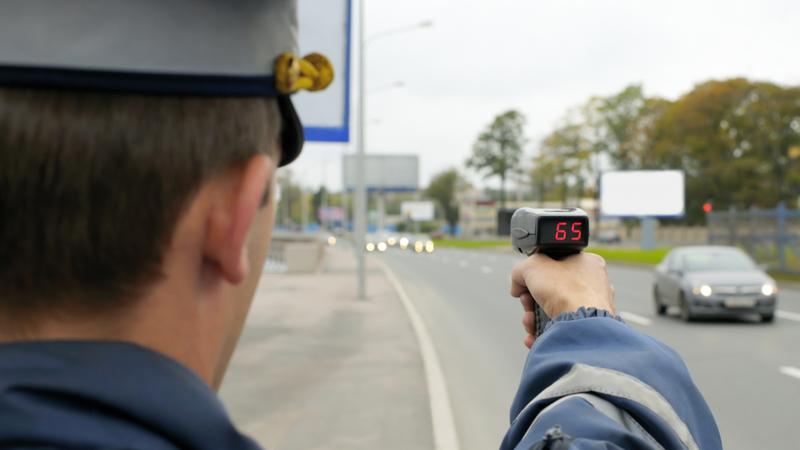 Sometimes you may not notice you’re speeding. You’re just going along with the flow of traffic, right? Unfortunately, you’re still considered to be speeding and will likely get a ticket if you’re caught.

Receiving a speeding ticket might not be the end of the world. But if you accumulate more than one in a short time, it can lead to more demerit points and higher car insurance rates.

The Demerit Point System in Ontario

In Ontario, drivers start with zero points, and they’re added if you break certain traffic laws. The points stay on your record for two years after you are convicted. Collecting too many of them could lead to your licence being suspended.

You can also rack up points on your licence when you break driving laws in other provinces, territories, and certain states.

The number of points you get will depend upon the offence. When it comes to speeding, you will receive:

The severity of the penalties will depend on whether you’re a new driver or have a full licence. Ontario considers those with a G1, G2, M1, M2, M1-L, or M2-L licence to be new drivers.

It’s possible for new drivers to have their licence suspended if they have six to eight points. For drivers with a full licence, the threshold is nine to 14 points. You might be required to attend an interview to go over your driving record and explain why your licence shouldn’t be suspended.

Speeding or racing in other provinces, New York, and Michigan can also add demerit points to your record.

The Demerit Point System in Alberta

Like in Ontario, demerit points stay on your record for two years after you are convicted. Accumulating too many points can also lead to a licence suspension.

These are the speeding-related demerit points in Alberta:

You can also receive demerit points for other offences, such as improper turns (two points), stunting (three points), following too closely (four points), careless driving (six points), and failing to stay at the scene of a collision (seven points).

The length of a suspension is the same for both licence holders:

However, fully licensed drivers may be able to get a restricted driver’s licence if they need to drive to their primary place of employment, or for health or education reasons.

Before reaching 15 or more points, you can get three points deducted if you complete a government-approved defensive driving course.

Several factors that affect your insurance premium, such as your age, how long you’ve been driving, where you live, your gender and age, how much you drive, and your driving record — which includes speeding tickets.

While the province won’t tell your insurance company whether or not you’ve received any tickets, the insurer can check your record. In general, your premium will remain low as long as your driving record is good.

One speeding ticket and a couple of demerit points might not lead to a premium increase. However, accumulating many tickets, being caught racing, or having your licence suspended may lead to a spike in premiums. Even worse, you may be considered a high-risk driver and will need to find another insurer.

The key to keeping your insurance rate from jumping is to keep your eye on the speedometer and avoid breaking any traffic violations. Your auto insurance premium should remain low as long as your driving record is clean.

1,825 reviews on TrustPilot. See some of the reviews here.

57 minutes ago Mr. Douglas A Greer
Thanks for making this so easy. Excellent service, very straight forward.

1 week, 4 days ago Perla Santos
Exceptional and efficient! This was an exceptional experience. From the almost immediate phone call from an Insurance Hotline rep to the detailed conversation with a broker, I received exceptional service with friendly and helpful staff. The broker who helped me was amazing and patient, and answered every single one of my questions. I received my quote quickly and with a detailed explanation. This is a wonderful service.

3 weeks, 6 days ago Markku
My partner filled out the inquiry My partner filled out the inquiry, giving my email. When I received the email I called. The person I talked with, I believe her name was Darcinda, was excellent. She explained the process and transferred to another referral Insurance Company. She was highly professional, helpful and dedicated to providing the best service. I was very impressed..

1 month, 2 weeks ago Radojko
Powered by