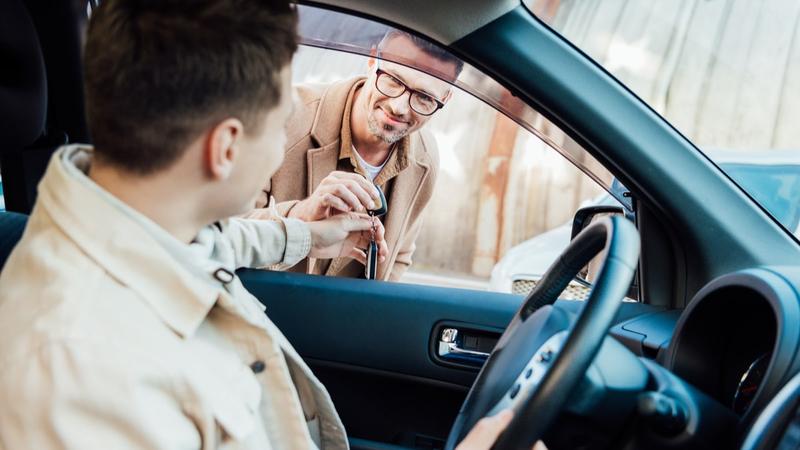 Many people don’t think twice about lending their vehicle to a friend or relative, whether it’s their car for a short road trip or a van to move boxes for a few hours. What they also don’t think about is the potential impact on their car insurance.

Before you hand over your keys, you need to be mindful of your responsibilities as the vehicle owner, and the driver you're lending your vehicle to must be aware of their responsibilities when they’re behind someone else's wheel.

Your insurance is taking the same trip

When you lend your vehicle to someone, it’s your auto policy that’s covering the driver, not theirs. That means if there’s an incident, be it major or minor, it’s your policy that’s affected — even if the borrower has coverage for another vehicle.

If they get a ticket while driving your vehicle, it will be in their name and go on their driving record, and your insurance won’t be affected. However, a moving violation that involves roadside penalties, such as the driver of your car driving impaired or driving at an excessive speed, could lead to your vehicle being towed and impounded.

Furthermore, if your friend is found to be at fault for the collision, you’re at fault from an insurance perspective, even though you were never there. As the vehicle owner, you could end up paying more through a deductible or higher insurance rate. You may even end up paying out any damages and liability claims as a result of a collision for which you were never present.

Finally, if your vehicle is stolen while in the care of your friend or relative and you have comprehensive coverage, you’ll be covered for the loss no matter who was driving it last. While it’s unlikely your premium would be affected by the insurance claim, you’ll still have to pay the deductible.

Establish ground rules when lending someone your car

It’s not that you should never loan out your car to a friend, but you need to qualify any driver when you do.

Overall, you want to make sure your vehicle is in good shape before you lend it out because you wouldn’t want a friend to run into difficulties while they’re on the road.

Be selective about sharing your vehicle

Suppose you’re going to lend your vehicle out to the same person regularly. In that case, you may consider adding them as an occasional driver to your insurance policy, especially since you’re lending them your coverage anyway.

If a borrower is not listed on your policy and drives your car regularly, your insurance provider may deny a claim. An occasional driver, otherwise known as a secondary driver, is someone who drives the vehicle less than 50% of the time. You’re the primary driver.

Similarly, if you need to borrow someone else’s car, you should have the same discussion, and be sure the vehicle is adequately insured, so you don’t get stuck with bills or held liable if you’re in a collision.

Remember, when lending your car, you’re also lending your car insurance. Whoever borrows the vehicle needs to respect your rules and understand the responsibilities that come with it.