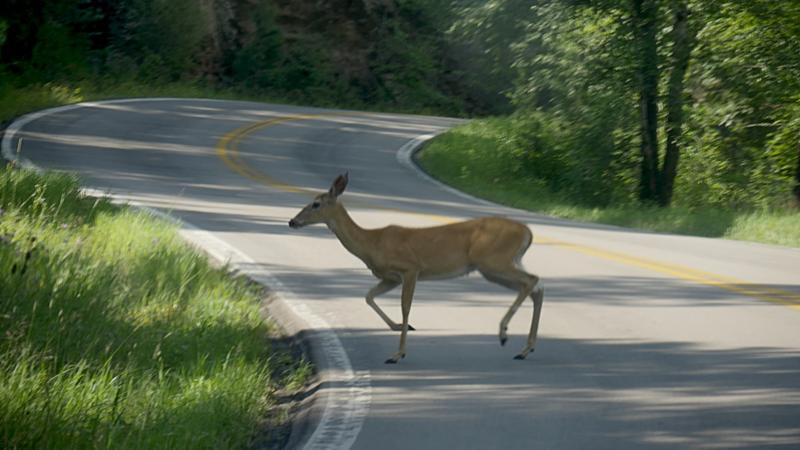 Ottawa is known for Parliament Hill, one of the world’s longest outdoor skating rinks (the Rideau Canal Skateway), and one of the best cities for driving in the world. According to a report by car parts retailer Mister-Auto, it’s the third best city for drivers — coming in behind Dubai and Calgary.

The ranking is based on a variety of factors, including the number of vehicles per capita, road quality, traffic congestion, the costs associated with driving, the incidents of road rage, and the car accident fatality rate.

That’s great news for the 1.1 million citizens of the country’s capital and the more than 1.4 million people in the Ottawa-Gatineau region. Unfortunately, it’s not as good for the wildlife as there tend to be about 1,000 collisions involving these animals in Ottawa and 14,000 in Ontario annually.

In the spring, there were a lot more sightings of wildlife than usual. For instance, a coyote was seen running along Carling Avenue in the daylight while a pair of moose were also spotted off of Lester Road. While there hasn’t been a reported increase in animal collisions, there are still consequences of hitting a wild animal.

The Traffic Injury Research Foundation (TIRF) finds that the costs of wildlife-vehicle collisions add up to about $200 million annually in Canada. And nearly 500 people were killed in wildlife-vehicle collisions between 2000 and 2014 — with almost 75% of those deaths occurring in summer and fall. It’s also important to know what being involved in a collision with an animal could mean for your auto insurance premium.

There are two different types of insurance that will cover your vehicle if you hit an animal: comprehensive or collision coverage.

Comprehensive coverage protects your vehicle against damage related to weather (rain, hail, flooding, wind), falling objects, theft or vandalism, explosions, or hitting a live animal. These are considered to be not at-fault accidents and shouldn’t affect your insurance premium. Comprehensive coverage is mandatory if you lease or finance a vehicle, but not if you own it outright.

Collision coverage protects your vehicle when you hit another car or an object (such as a lamp post, an underground parking column, or a dead animal). In these cases, they’re considered to be at-fault accidents and could lead to an increase in rates. Like comprehensive coverage, collision coverage is optional unless the vehicle is being leased or financed.

While it’s difficult to predict when and where a wild animal will jump out in front of your vehicle or be on the road when you least expect it, there are some things you can do to prevent a collision.

Stay alert for wildlife as the most likely dangerous collisions occur an hour before and after both dusk and dawn, in October and November, and on a two-lane highway when driving 80 kilometres per hour or more.

You should look for wildlife warning signs, drivers that slow down suddenly because they may have seen an animal, and movement along the road while driving. Ensure that you don’t drive when you’re tired and drive slowly in wildlife areas whenever possible to give you extra time to respond if an animal appears.

Once you see an animal, there might be more since they typically travel in groups. And they’re more likely to be attempting to cross at the end of a fence although they may also jump over fences.

Animals on the Road

Unfortunately, you may come across wildlife on the road while driving. In that case, you should try not to panic. You should also honk and flash your lights when it’s safe, but keep in mind that animals may not respond to either.

When an accident is unavoidable, TIRF recommends the following:

Vehicle collisions involving moose are the deadliest. An American College of Surgeons study found that people are 13 times more likely to die when a vehicle collides with a moose compared to a deer.

If an Accident Occurs

The good news is that road safety is largely in your hands. There are things you can do to avoid getting into any type of collision.

In the event you do hit an animal, make sure that you pull to the side of the road where it’s safe and turn on your hazard lights. Don’t approach or touch the animal as an injured animal can be aggressive and unpredictable. And direct your headlights towards the animal if it’s in the middle of the road to alert other drivers.

If your vehicle is damaged or you or one of the occupants is injured, call 911 or contact the Ottawa Police Service as well as your insurance company.

There are many hazards on the road, including wildlife. Being alert and prepared for a potential encounter with wild animals can help save your life, help any drivers around you, and help keep your auto insurance premium low.