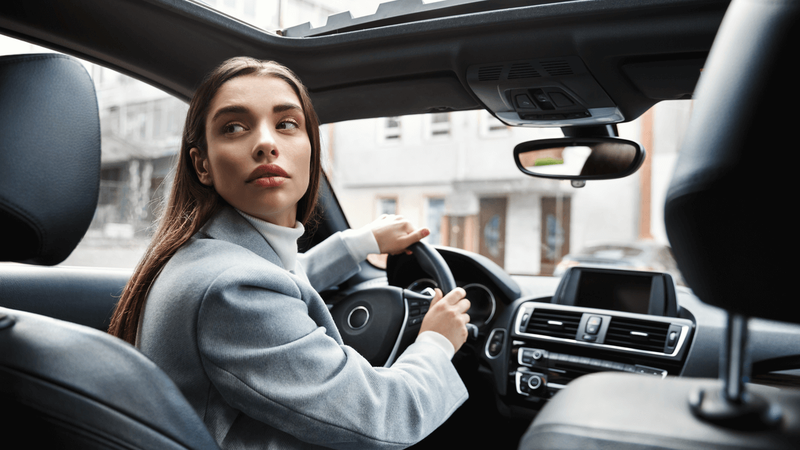 We regularly feature car insurance questions sent to Anne Marie Thomas, insurance expert. From questions about potential address fraud to what happens when you don’t complete the graduated licensing program in the time allowed, Anne Marie answers all the tough questions asked.

This week’s question is about fault determination in a parking lot accident. Oscar asks:

“In a parking lot, who is at fault when a vehicle that is backing out of a space is hit by the door of the parked car next to them when that driver opens their door? The impact caused damage to the vehicle reversing.”

A moving driver hitting a parked car’s open door is a common parking lot accident. Typically, fault is assigned to the driver who opens the door of their parked vehicle; however, this may not be true in this case.

“This scenario is tricky. On the one hand, Ontario's Fault Determination Rules state that when a driver is reversing and there’s a collision, the driver who is backing up is fully at fault for the resulting collision. But, on the other hand, those very same rules say that a person who opens a car door or leaves it ajar, causing a collision, is wholly to blame.

“Since both drivers undertook an action where full fault would usually be assigned, it’s likely that each driver would be found at fault, sharing the blame equally (50 percent).”

Q&As about a collision’s fault determination

Who is at fault? It’s a common question Anne Marie receives; it’s probably the most popular one of them all, and the following are some of the most recent: