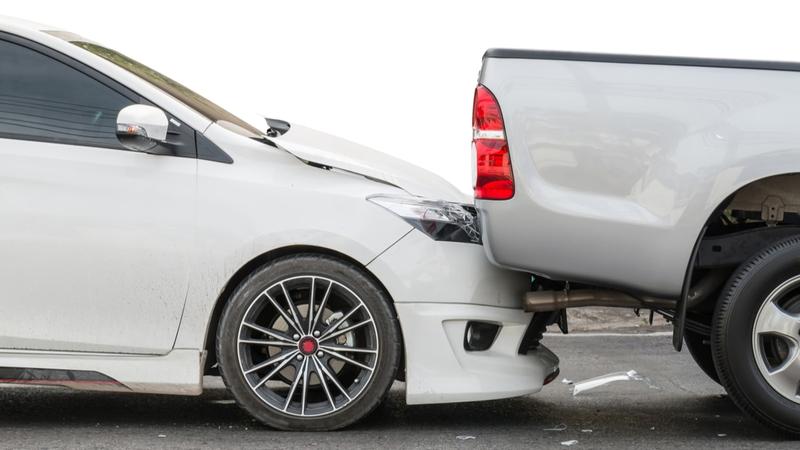 Sometimes it’s clear who caused a car accident, but how fault is determined is confusing — even the drivers involved aren’t always sure.

Fault determination rules are in place to make certain every accident is evaluated in the same manner using the same rules. That ensures a consistent outcome when the same actions of a driver cause an accident. Ultimately, a driver is held accountable for their actions, regardless of external influences such as reduced visibility or slippery surfaces caused by bad weather.

Some accidents are common, and fault determination is straightforward, while others will require more investigation to determine which driver is at fault. The results of any investigation can influence your auto insurance premium.

Scenarios Where Fault Determination Is Straightforward

There are many common accident scenarios where the rules are clear, and fault is easily determined:

The driver at the rear of a three-car pileup where all vehicles were in motion at the time of the accident can be held 100% at fault by their insurance company. The car that struck the lead car may hold 50% of the fault in the second collision. Two separate fault determinations are made for the two accidents. If the two front cars are stopped at the time of impact, only the rear vehicle’s driver will face fault, and the car at the front of the line has no fault in the accident.

Ultimately, the rules or regulations that may have been broken are the easiest way to understand fault determination. If a driver rear-ends another car or drifts over the centre line and hits another vehicle, their driving ability and error in judgement caused the accident. Therefore, they are at fault. While this logic applies to most scenarios, fault can be shared — it’s not always clear cut.

Fault determination guides what insurers, parties to litigation, and courts to allocate liability for damages caused by the accident.

Being in an accident will ultimately affect your insurance premiums. How much depends on if your insurance company determined you were at fault and to what degree, as well as your recent driving history. Driving convictions for speeding or driving under the influence, as well as some at-fault accidents, will all influence your rates. In Ontario, for example, rules are laid out by the Insurance Act, and each province has its own set of fault determination rules that insurers must follow when investigating a collision.

Keep in mind that even if you live in a no-fault insurance province, someone will still be found at fault in an accident. No-fault insurance means your insurance company will pay your claim no matter who is found to be at fault, not that there is no fault at all.

How to Disagree With a Fault Determination

Your insurance policy does give you the right to disagree with a fault determination and appeal the decision.

Every insurance company has procedures in place to make your case with evidence as to why you believe the fault determination is incorrect. Be sure to provide your insurer with all facts from the start, including photos of the accident scene and detailed and accurate statements, so they make the right determination. If necessary, a third-party mediator will be brought in to hear the appeal and make a final decision, one which by all parties involved will have to abide.

As with all things insurance, each provider is different and takes into account several factors when deciding whether to raise your rates after an accident, including if you were at fault.

Your driving history is always the most significant factor, and if it’s your first accident, your rates may not go up. However, the severity of the accident and its circumstances helps determine the risk level of insuring you; a minor fender bender won’t likely increase your car insurance premium.

Ultimately, the devil is in the details of your policy, and some insurers are more forgiving than others.