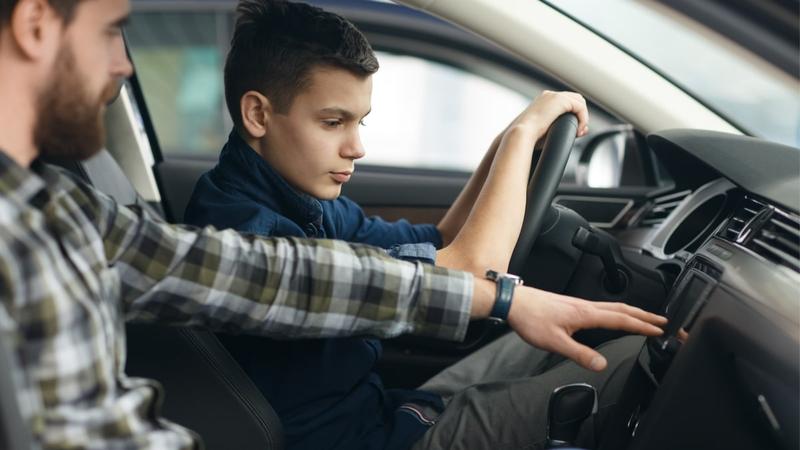 Simple in concept, anyway. But driver licensing is a provincial responsibility, and each province has different requirements for graduated licensing. This is important to know if, for example, you’re a novice driver in Ontario holding a G1 licence with plans to move to another province. Generally, learner’s permits don’t transfer across provinces. Be sure to consult individual provincial regulations before you move.

Moving to another province

Every province has some provisions for driving with a license from another jurisdiction, whether it’s another province, a U.S. state, or international driving permits. At some point, the province wants you to call it home — like your licence plates; you’ll have to transfer it to your new place of residence. If you have passed the G1 practice test, and are moving to another province before taking the G2 test, you will need to inquire about the licensing process when you get there.

Fully licensed drivers who have at least two years of experience should be able to transfer their licences over to the new province easily.

If you’re still a probationary driver, that’s not the case: different provinces have different qualifications for graduated licensing, and you’ll likely have to pass whatever testing and other requirements in your new province.

There was a time when if you were 16, you could get a full driver’s licence. It’s a little more complicated now. In general, Canadians can enter graduated licensing programs at age 16. But there are exceptions:

As the name suggests, a graduated licensing regimen requires that you graduate to subsequent levels. While the terms may differ — Ontario’s G1 and G2 are essentially Alberta’s Class 7 and Class 5 GDL, respectively — they can be thought of generically as learner’s, probationary, and full licenses.

In general, drivers with learner’s permits require a fully licensed driver in the front seat while they’re driving. A probationary driver doesn’t need an escort but faces restrictions — zero tolerance for alcohol or drug use, fewer demerit points, and no driving alone from midnight to 5 a.m.

The requirements and your path to full licensing differ a little from province to province:

Your driving record and insurance

Most insurance companies provide discounts on premiums for those who graduate from a recognized driver’s education course. Inexperienced drivers are more expensive to insure; experience is part of your risk profile. Completing a driver’s ed course could save you hundreds of dollars on your insurance when it’s time to start paying, plus, they teach you good driving habits.

There’s another reason that’s important aside from insurance savings. You don’t get a pass on your driving record just because you’re not a fully licensed driver. As a learner with a fully licensed driver in the vehicle, liability may be covered for your accident by the policyholder. But if you’re found to be at fault for a collision or get hit with demerit points, it stays on your driving record. Traffic violations can impact how long it takes you to move on to a full licence. When you successfully attain full licence status, any demerit points you accumulate may affect your premium.

If your insurance company doesn’t offer a premium reduction for graduating from a driver’s education class, do a quick search of more than 30 auto insurance providers to compare policies and premiums to find one that does.