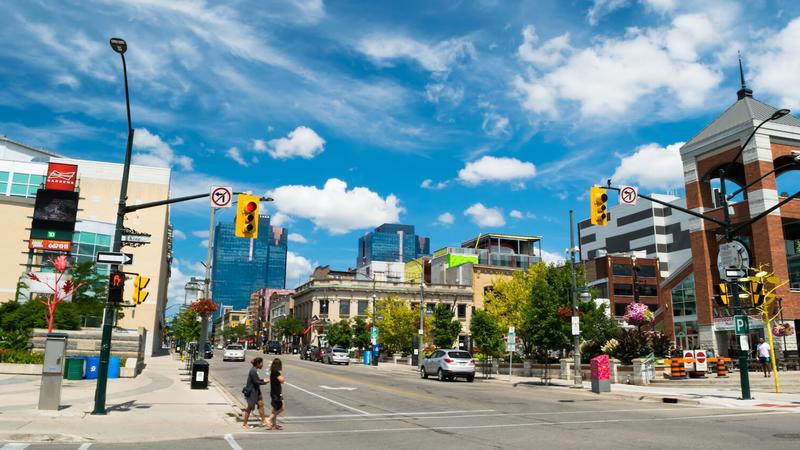 There are 10 intersections in the city where red light cameras are installed.

Get ready to smile for the cameras if you plan to run a red light in London. All 10 of the planned red light cameras are now up and running in the city. The final installation, at the intersection of Oxford Street East and Adelaide Street North, is now complete and snapping away as some drivers choose to ignore a red light.

Red light cameras in London are currently set up at the following 10 intersections:

Many Ontario cities have taken the same red light camera approach as London. There are currently 149 red light cameras in Toronto, 54 in Ottawa, 15 in Kitchener and the surrounding area, and 13 in Hamilton, for example.

How does a red light camera ticket affect your auto insurance in London?

If you’re a recipient of a red light camera ticket it will typically not affect the premium you pay for car insurance in London. The reason for this is because there’s no real way to know for certain who was behind the wheel of your car at the time of the infraction. What is known, however, is who owns the car and as the registered owner of the vehicle, you’re on the hook to pay the ticket.

Red light tickets issued by a police officer, on the other hand, will likely affect the rate you pay for your auto insurance in London. Police-issued red light tickets also come with three demerit points.

Both tickets, whether received in the mail or handed delivered by a police officer, will run you about $325.

It’s estimated that almost 280 collisions in London each year are related to red light running and the city is encouraging drivers to embrace the red for safety’s sake. It’s an embrace that could help you keep your Ontario car insurance rates in check too because at-fault collisions and tickets can play a significant role in what you pay for your coverage.

Another way to keep your premiums as low as possible is to shop around for a better price. At InsuranceHotline.com you can compare quotes from our network of over 30 insurance providers to find the lowest rate possible. Shop your car insurance rate today to put the brakes on your insurance rates.